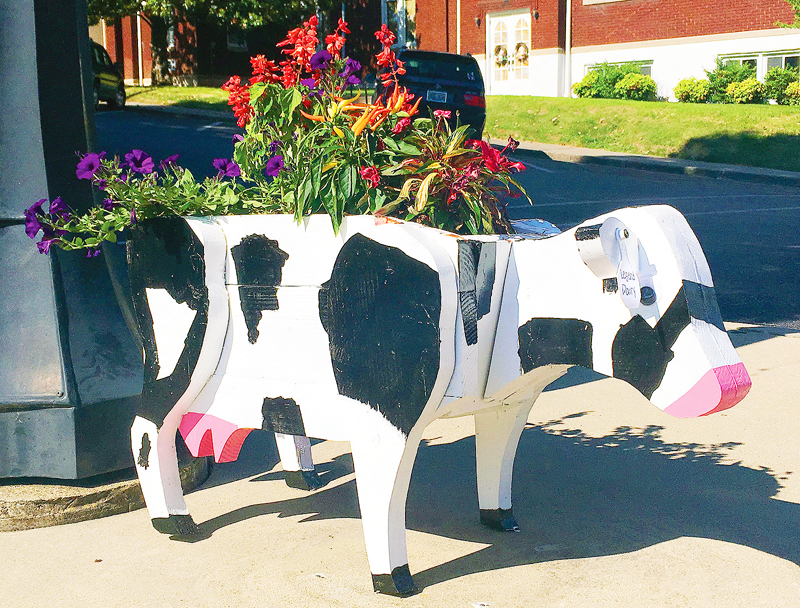 STANFORD – The best parts of last year’s Cow Bell Days festival are expected to return this year, but some favorites might be in a different location.

To avoid the excessive sun and heat experienced during last year’s annual Cow Bell Days festival, the planning committee has decided to shuffle some of the highlighted events to more shaded areas on Main Street.

“We have a new stage,” said Megan Funk, a member of the Cow Bell Days Planning Committee. “The stage is going to be across from the courthouse steps this year. Last year it was right at the base of the steps so they kind of performed to the street, but people sat on the steps behind.”

But before any bands set up, the annual Farm to Main Street Dinner event will officially kick off the weekend of events beginning June 15 (today) as local restaurants prepare food provided by local farmers and welcome residents to dine in the middle of Main Street.

The main course, provided by Marksbury Farm Foods and prepared by The Bluebird, will include flat iron steak, watermelon salad and bean cassoulet. For dessert, 4 Generations will serve homemade ice cream paired with Coleman’s strawberry cake.

Like the stage, the dinner has been scooted down Main Street and will take place in front of the courthouse where diners can enjoy the shade while they eat. Diners are welcome to sit, mingle and enjoy Main Street for as long as they’d like, Funk said.

A total of 125 tickets, priced at $25 each, have been made available and, depending on the number sold prior to Thursday, tickets may still be available up to 7 p.m., when the dinner is set to begin. Funk said the proceeds from the dinner will go towards next year’s Cow Bell Days festival.

With a chance of rain Thursday still in the forecast this week, Funk said wet weather will move the dinner from the middle of Main Street to the covered city garage a couple blocks down.

A variety of new and returning vendors are expected to begin setting up on Main Street Friday prior to the Downtown Block Party and announcement of the pre-teen and Mrs. Cow Belle Pageant winners. The Cars and Bikes Cruise will also take place downtown Friday night with first-and-second-place prizes to be awarded.

The festival has fun activities for all ages, Funk said, noting the addition of this year’s Farm Olympics.

“There’s going to be two games for the younger kids which are three-legged sack races and egg-and-spoon relays,” she said. “For the older group, we’re going to have hay-bale tossing and cow-calling contests.”

Saturday’s events kick off at 8 a.m. as the county breakfast at the Presbyterian Church returns to the festival this year, followed by a day of square dancing, Baby Belle pageants and more – all before the annual Cow Bell Days Parade makes it’s way down Main Street starting at 3 p.m.

To wrap up the second annual Cow Bell Days festival, anyone who bought a $5 ticket for the Holstein Calf Drawing will want to be in front of the stage by 6 p.m. Saturday for a chance to win the calf or choice of two wooden cow planters, built locally by Steven Bullock.

This year’s festival has something for everyone, Funk said, and is a great chance for the local community to showcase what Stanford is all about.

“There’s been a lot of enthusiasm about the fact that we’re doing it again,” she said. “A lot of people were really glad that it’s not just a one-year event and it’s really great to be a part of that.”

For more information, see our Cow Bell Days special publication online at www.theinteriorjournal.com. An informational booth will be set up across from Coleman’s Drug Store during the festival.