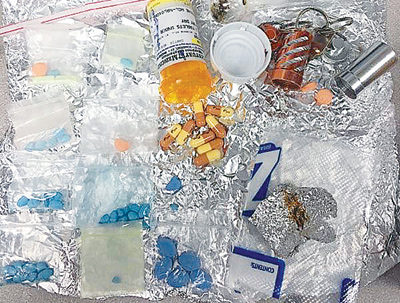 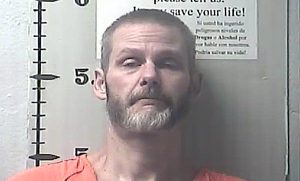 STANFORD – A man was arrested on drug-related charges after a caller reported a vehicle driving on the sidewalk near a local hospital Monday night.

Stanford Police Officer Johnny Williams responded to Metker Trail where he found the reported vehicle in the Ephraim McDowell Fort Logan Hospital parking lot, according to an arrest citation.

Williams said when he arrived he saw 41-year-old David M. Condon, of 387 Beech Grove Road in Science Hill, attempting to enter the back passenger compartment of the vehicle.

Condon was “very unstable on his feet” and when police conducted a field interview, he allegedly admitted to taking Suboxone and Xanax.

Upon searching Condon, police found prescription narcotics (Xanax) in separate packages, according to the citation.

He was lodged in the Lincoln County Regional Jail. A cash bond of $7,500 has been set. 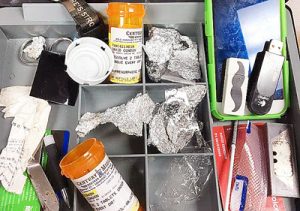 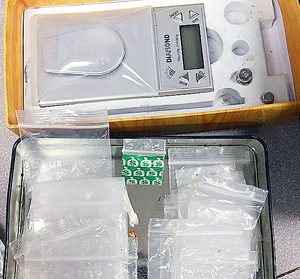