LCATC SkillsUSA to cap off successful season at nationals 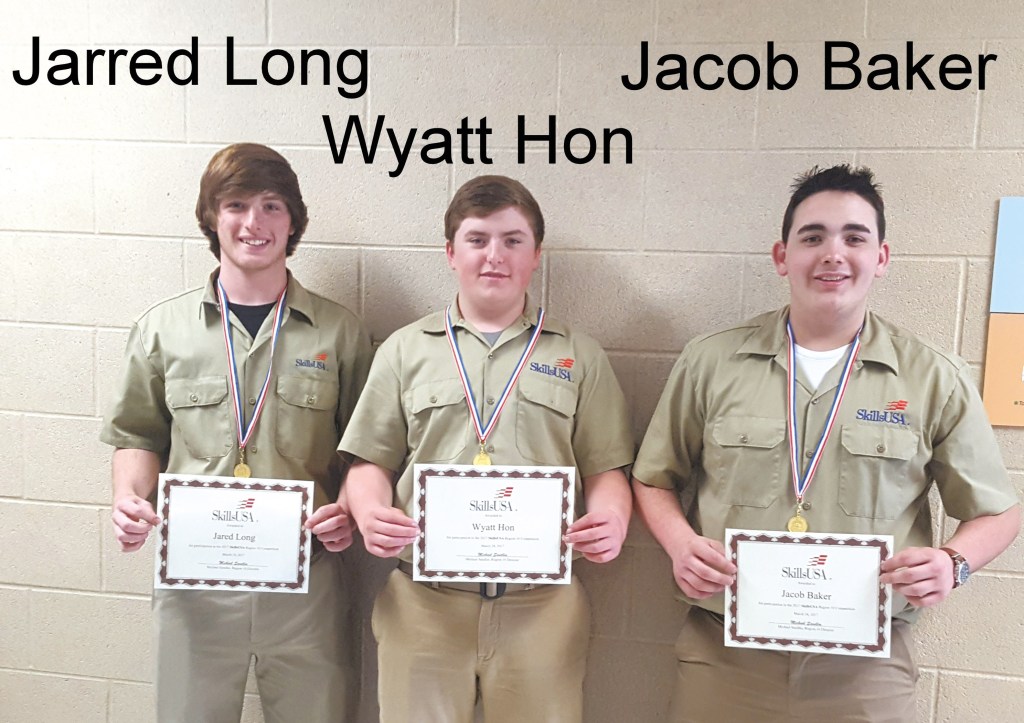 The Lincoln County Area Technology Center (LCATC) was one of several schools in the district who sent several members to demonstrate their knowledge and skills in their area at the regional competition for SkillsUSA held in Danville.
Jay Preston, Machine Tool Technology instructor at LCATC sent three students to compete as a team. They were Wyatt Hon, Jacob Baker, and Jarred Long who competed in Automated Mfg. The team brought home first place in the regional event.
Beverly Gaddis, Information Technology Instructor at LCATC also had three students to compete at the regional level. Caleb Abshear participated in the Information Technology Services competition where he brought home first place. Ryan Wilson and Timothy Davis won first and second place respectively in the Technical Computer Applications at regional’s competition.
LCATC  Industrial Maintenance instructor Anthony Houts, sent a Skills USA student from his program to compete in Job Series A competition. Logan Wilson represented his program well by bringing home first place in Job Series A.
Because of their placement in the regional competition, all of LCATC’s students were eligible to attend state competition. On April 19-22 , 2017, Larry Johnson, State Director, Kentucky Skills USA, coordinated the competition that was hosted at Crowne Plaza hotel in Louisville. Several of the students from LCATC also brought home the win at the state completion. The Machine Tool Technology team, Wyatt Hon, Jacob Baker, and Jarred Long, brought home first place at the state level, and Ryan Wilson brought home second place at the state level. LCATC is very proud of their students and the way each of them conducted themselves in leadership and professionalism while attending these events as well as their placement in their competitions.
Mr. Preston’s students, Jarred Long, Wyatt Hon and Jacob Baker, will go on to the National Conference in Louisville to represent Lincoln County SkillsUSA on June 19-23.
Please join us in wishing them the very best of luck and thanking them for their hard work and dedication in striving to be the very best!