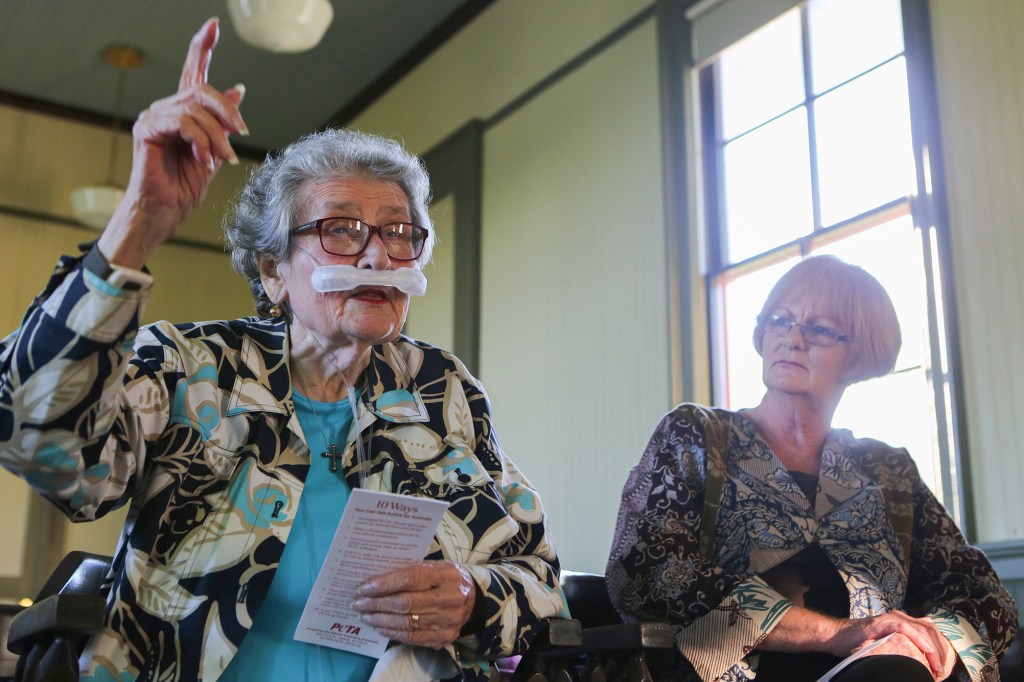 Design contributed
Stanford City Council members were given sketches of the future outdoor dining addition to review during their April meeting.

Rosemary Hazlett first raised her concerns with the project during the council’s May 4 meeting, arguing that the project, which includes construction of an outdoor eating area on Main Street in front of the Bluebird, would harm the city’s historical elements.

Nancy Hill, 82, voiced similar concerns with the project during the council’s May 15 meeting.

Hill pleaded with the council, asking them to weigh the benefits of the project with the disadvantages such as loss of parking, liability and altering one of the state’s most historical roads – Wilderness Road.

“As you know I’ve been interested in Kentucky history since 1958 and the pride of this county has always been that we have Wilderness Road coming right through it,” Hill said. “I’m very concerned with anything that would alter that,” she said. “To put a cafe right there practically in the street seems a little frightening to me.”

Wilderness is the most important concept, Hill said.

According to engineers, the sidewalk will be extended by about eight feet, with large bollards and decorative chains placed around the eating area to minimize risk to diners.

“And what are we getting in return? You’re not going to be able to use that outdoor cafe in the winter months…you’re not going to be out there any day that it rains. So how many days are we giving up to have a few?” Hill said. “Parking is at a premium. You all are sharp and young and move about, I can’t. Parking is so important to me. If I come to town and I can’t park, I go home.”

Engineers told council members in April that additional parking would be added behind the restaurant and a walk-through created that would lead to Main Street.

“Parking is precious and we have too little of it to begin with,” Hill said. “That’s the heart of downtown, being able to come park, get your medicine and go do your shopping.”

“We have alternatives that would work out beautifully, as Rosemary told you last week. Behind there is an ideal place – it has shade, it’s quieter, it has parking right there,” Hill said.

Plans for a rear-dining area are also part of the project, according to engineers, as well as additional off-Main Street parking.

Hill and Hazlett said historical groups such as the Heritage Council and Architectural Review Board were not contacted about the project.

“To me, we’ve bypassed some of the most important things. I don’t go out much but I’m on the telephone and I haven’t found anybody for this, not one person,” Hill said. “They feel like it is destroying the historical heritage of our little town. Stanford is a beautiful little town and we’re very proud of it.”

Amy Hazlett-Stevens, who lives on Main Street, said she appreciates the Correll family’s work downtown, but parking has become an ongoing issue.

“Every time they get ready to do a project, they talk all the parking no matter whether it’s busy or not,” Stevens said. “I’m tickled with what Jess (Correll) is doing downtown…but I can’t understand why, that if Jess starts a project, nobody says anything and he can block the whole Main Street off and nobody can have anywhere to park.”

Stevens said she is handicapped and pays to live on Main Street and the issues are happening too often.

“We can’t forget the people who have been here four or five generations. We’re just forgetting about people like them; I don’t think it’s fair. It’s not just one person’s town, it belongs to all of us. We’ve all lived here all our lives. Once we start letting one person come in and take the whole town, what do we have?” Stevens said.

Councilman Scottie Ernst suggested instructing construction workers to park their personal vehicles off of Main Street so they take up as little parking space as possible during project construction.

Another meeting needs to be held, Councilwoman Peggy Hester said.

“There needs to be a town hall meeting and just advertise it and let everybody that wants to come in and speak, come in and speak and voice their concerns and put it on the table,” Hester said.

Hazlett questioned the safety of the expansion and argued the bollards and chains won’t serve as enough protection for children and elderly people.

Mayor Eddie Carter said the group brought a different perspective forward and suggested holding a meeting with himself, Hill, the Corrells and the heritage council.

“Why did you just ask Mrs. Hill if you could have a meeting between her and the Corrells? What about the taxpayers in this county?” Hazlett said.

“We all have a voice,” Hazlett said. “I don’t think you should meet behind closed doors where one or two important people get to say the word. I have my rights too and I’ve been here and I’ve talked to other people and they’re fed up with just one or two people having a say and the rest of us, because we don’t have a enough money, we don’t get to say nothing and what we think doesn’t matter.”

Hazlett said she and other people like her in the county have just as much say as the Corrells or anyone else.

“There’s never been a person who’s ever had a wallet fat enough or a pocket deep enough to buy my rights. And that is being denied when you will not allow the people of this county to speak,” Hazlett said.

Carter said a meeting will be scheduled.