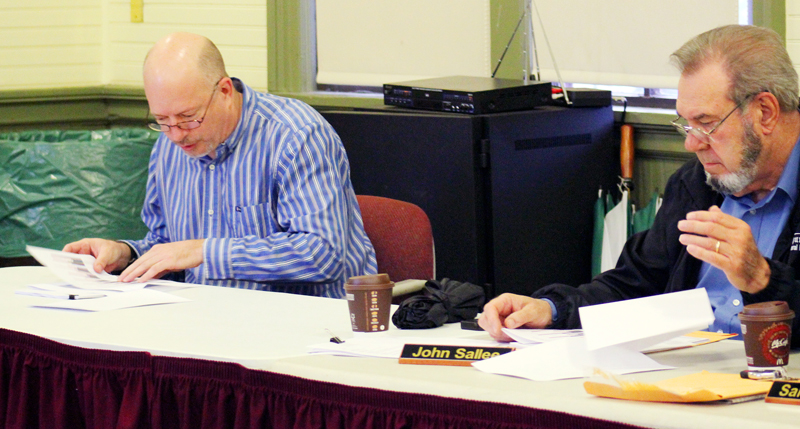 STANFORD – The city has maintained a trend of improvement when it comes to finances, according to a report from Certified Public Accountant Craig Butler.

“If you look at this first page of your revenues over the last 10 years, you’ll see that it slowly has kicked up over those 10 years,” Butler said. “In 2016, that jump is a little bit skewed because you borrowed funds last fiscal year to buy a fire truck and to purchase the old EMS building.”

Even without that borrowing shown in the 2016 revenues, Butler said, the revenues have trended upward over the past decade.

A second graph provided by the auditor shows the city’s operating revenue versus expenditures over the past 10 years, which Butler said tells more of a financial story than anything else.

“As of June 30, 2012, you had your lowest point of cash and investments in the bank as of that date – probably since I’ve been doing the audit since the 1990’s – that was the lowest amount of money you had in your bank account at the end of a fiscal year,” he said. “Starting in 2013, you’ll see that it’s increased the last four years, each year. As an auditor, this is the best sign of just a continued improvement in your financial situation as you go forward.”

“These graphs really do help you visualize the improvement in your financial situation,” Butler said.

Butler broke down the city’s expenditures by each department with a graph showing expenditures from 2007 to 2016.

“Police is always going to be your largest expenditure,” Butler said.

Butler said the capital outlay total for 2016 is substantially higher than the previous years shown due to the city’s purchase of a new fire truck last year.

Given the size of the city and the amount of expenditures, Butler encouraged the council to continue to try to increase the amount of money set aside as a reserve.

There is no magic number or percentage, he added.

“Your expenditures last year were just over $2.5 million. I think a healthy minimum reserve to keep on hand would be around 20 percent – 20 to 40 percent would be an ideal range,” he said.

The audit did not report any substantial findings of material discrepancies in the city’s financial records but noted “due to the limited number of employees within the city, there exists a lack of adequate segregation of duties related to record-keeping and custody of assets.”

Butler recommended that the mayor and city council continue to be involved in the financial review process on an ongoing basis and continue to review all procedures to “assure that maximum segregation of accounting and asset custodial duties occurs whenever possible.”

• As of the close of the current fiscal year, the city’s governmental fund reported an ending fund balance of $240,152, an increase of $123,737 in comparison to the prior year. Of the total fund balance, $220,152 is available for spending at the government’s discretion (unassigned fund balance).

• At the end of the current fiscal year, there were no assigned and $20,000 restricted fund balances in the general fund.