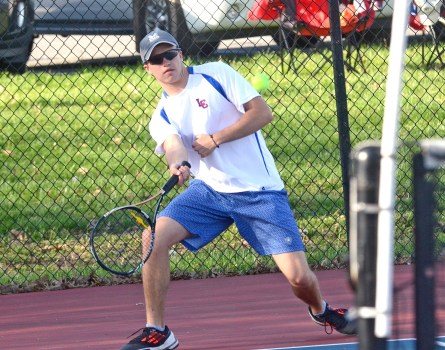 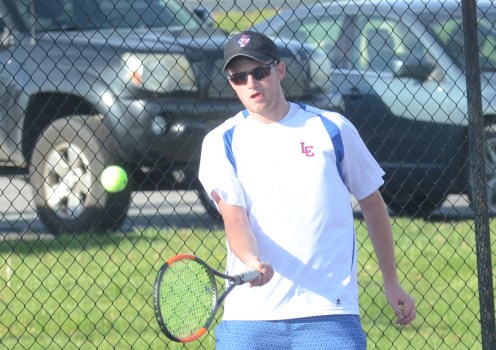 The postseason for 12th Region tennis teams, which includes the Lincoln County High School teams, gets into full swing Friday at Danville on the courts of Centre College, Boyle County High School and Danville High School.
Lincoln boasts one seeded team in the boys’ tournament, with the Patriots’ No. 1 doubles team of Ryan Montgomery and Roland Taylor ranked No. 7 out of eight seeded teams in the tournament.
“I am glad Roland and Ryan got seeded and I think they got a good draw to where they could make a run in the tournament,” Lincoln coach Allen Lewis said.
Montgomery and Taylor, both seniors, have competed in regionals previously and been victorious, however, this is the first year they are competing together as a team. They will open their regional play against Wayne County’s top team of Cameron East and Alex McFarland.
Lincoln County will have a total of 12 players competing in the regional tourneys, with two singles players and two doubles teams on court in both boys and girls play.
The Lincoln girls may not have a seeded player/team, but seeding does come into play in the first round of action as both the Lady Patriot doubles teams – Kaycie Bandura/Savanna Smith and Raelyn Amon/Kaitlyn Wilks – were matched up with two of the tourney’s top hopefuls.
Bandura and Smith, who made it to the second round last year before losing to the eventual runners-up, will take on the tourney’s No. 3 seed , Sarah Harne and Laci Lee of Casey County. Amon and Wilks, playing in their first regional tournament, got the tourney’s fourth-seeded team in their opening round play. The Lady Pat duo will play Boyle County’s Kate Leahey and Laura Nolan.
“Both of our girls doubles teams drew a seeded opponent in the first round, it’s a tough match but they have been playing really well together, so they will need to play a good match to advance,” said Lewis. “It’s the tournament, so no match will be easy, but we have some players that are in position to move on, we just have to stay focused and play good, smart matches.”
Lady Patriot senior Logan Godbey should be the first on for the Lincoln girls Friday as her match with Andrea Martinez of Southwestern is at the top of the brackets. Also on court in singles for the Lady Patriots will be Alyea Towle. Since she is in the lower part of the brackets, Towle will have to wait for play to progress before she takes the court against Natalie Hampton of Pulaski County.
For the boys singles, Lee Amon and Jacob Baird will represent for Lincoln. Amon will play Travis New of Southwestern while Baird challenges a seeded player, No. 5 Luke Duncan of Boyle County.
Kade Bandura and Carter Story, first-round victors in last year’s regionals, will take the courts as the Patriots’ No. 2 team. Their competition in Friday’s first round is the team of Donavyn Ceesay and Michael Mecham of Berea.
Lewis said how well Lincoln fares Friday depends upon how relaxed the athletes play.
“Regular season matches usually don’t draw big crowds, when you get to the tournament, everyone from every school is there, so it’s a little different when there is a huge crowd,” Lewis said. “A lot of times, the players(s) that move on are the ones who can come out and not play tight and can control their emotions the best.”
The No. 1 seeds in the tournament are: boys singles – David Gadd, Berea (last year’s runner-up); girls singles – Casey Kibler, East Jessamine (2016 runner-up); boys doubles – Brody Bilderback/Tanner Sparks, West Jessamine (defending champs); and girls doubles – Courtney Gettler/Alexa Slone, Garrard County.
Both the first and second rounds of regionals will be played on Friday. The quarterfinals and semifinals will be played on Saturday, with the finals set for Monday.