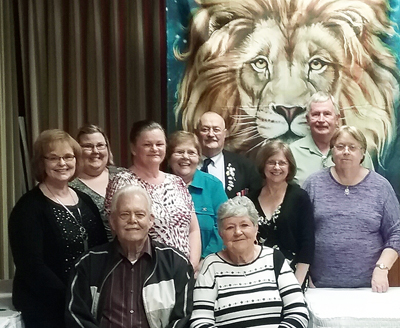 In late March, the Stanford Lions Club was honored at the District Convention at Cumberland Falls State Park Resort.
The Club was recognized by the district as the Outstanding and  Model Lions Club and received an International Presidents’ Certificate of Appreciation. This is one of the top recognitions any club or individual can receive for their service and is a special award because it is Lions Internationals’ 100 year anniversary – 100 years of serving those less fortunate and helping the late Helen Keller with her crusade to help prevent curable blindness.
The Stanford Lions Club is always welcoming new members with new ideas. If anyone would like to visit, call membership chairs Lion Bob Swett (207) 239-4766 or Lion Sharon Woods at (606) 669-2597 or any other Lions you maybe acquainted with or know.