‘Proud to have been part of positive change for every Kentuckian’ 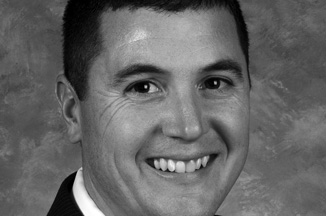 FRANKFORT — One word comes to mind when I reflect on the 2017 Regular Session: Production. Although it was just a short, 30-day session, and a non-budget year, the General Assembly passed more than 135 bills, making it one of the most productive in Kentucky’s rich history.

Last November, Kentuckians spoke loud and clear at the polls, and the New Majority not only heard them, but also delivered with incredible action. In 2017, the Legislature passed a right-to-work law that is already having huge impact across the Commonwealth in terms of new jobs. As we speak, Kentucky is a finalist to receive a shot in the arm to Eastern Kentucky with an investment poised to create thousands of jobs. Large employers like Amazon and Toyota have recently made billions of dollars in investments, which will bring even more jobs and retain those already here.

In the first week of session alone, the Legislature passed two incredibly vital pro-life measures to protect our most vulnerable. We solidified our informed consent law by requiring women to have an ultrasound prior to an abortion, and banned abortions after 20-weeks of pregnancy. Both of these measures confirm Kentucky’s commitment to delivering on family values.

We worked incredibly hard to pass an education bill to return standards to the local levels, and to allow teachers to do what they best, rather than being stymied by federal, out of touch standards. Our local teachers are incredible, and we must do everything within our means to ensure they are able to pass along their knowledge in the most efficient, effective manner – our children deserve that. We also passed a measure to allow public schools to teach elective history classes on the Bible.

To address the heartbreaking drug crisis sweeping many of our communities, we passed several bills to crack down of drug flow, including stronger penalties for trafficking opioids, and prescribing limits for those same highly addictive drugs.

We took several big steps to protect and advance young children in Kentucky, including those in the foster care system. We passed a bill to protect our children from sexual predators on public playgrounds, and we passed a bill to allow children faced with losing their families to be placed with “fictive kin,” or an individual with whom they have a close relationship, but who is not a blood relative. We passed a measure to give young people of driving age, who are in the state’s foster care system, the opportunity to obtain a driver’s license.

Adoption is special to me and my family, and I fought hard to improve the state’s adoption system by streamlining the process and reducing the cost – all with the end goal of placing every single child in Kentucky into a loving home. Unfortunately, some members of the Senate opted to add damaging language to the bill, which resulted in its demise. Thankfully, Speaker Hoover is committed to appointing an adoption work group that will be announced in the near future, and I will work tirelessly to ensure the best result for adoptive children and families.

I’m proud to say that during the final days, the Legislature showed legislative independence from the Governor and rejected his vetoes. We firmly believed in the content of the bills, and overrode all four of his vetoes, to make those bills law. Due to that action, we passed bills regarding court-ordered mental health outpatient treatment, appropriations from a mitigation settlement with Volkswagen and regulation of drones, plus a joint resolution designating honorary road names, to pass into law.

This was a historic session in terms of productivity and I’m proud to have been a part of the positive change for every Kentuckian. Kentuckians asked for a new direction, and we delivered. It’s likely the Governor will call a widely-anticipated special session between now and the end of the year, so there may be more legislative action in 2017. In the meantime, I look forward to watching Kentucky prosper.

I welcome your comments and concerns on any issues impacting our Commonwealth during the 2017 Regular Session. I can be reached through the toll-free message line in Frankfort at 1-800-372-7181, or you can contact me via e-mail at David.Meade@lrc.ky.gov. You can keep track of committee meetings and potential legislation through the Kentucky Legislature Home Page at www.lrc.ky.gov.

How about a little compassion, code enforcement officer?