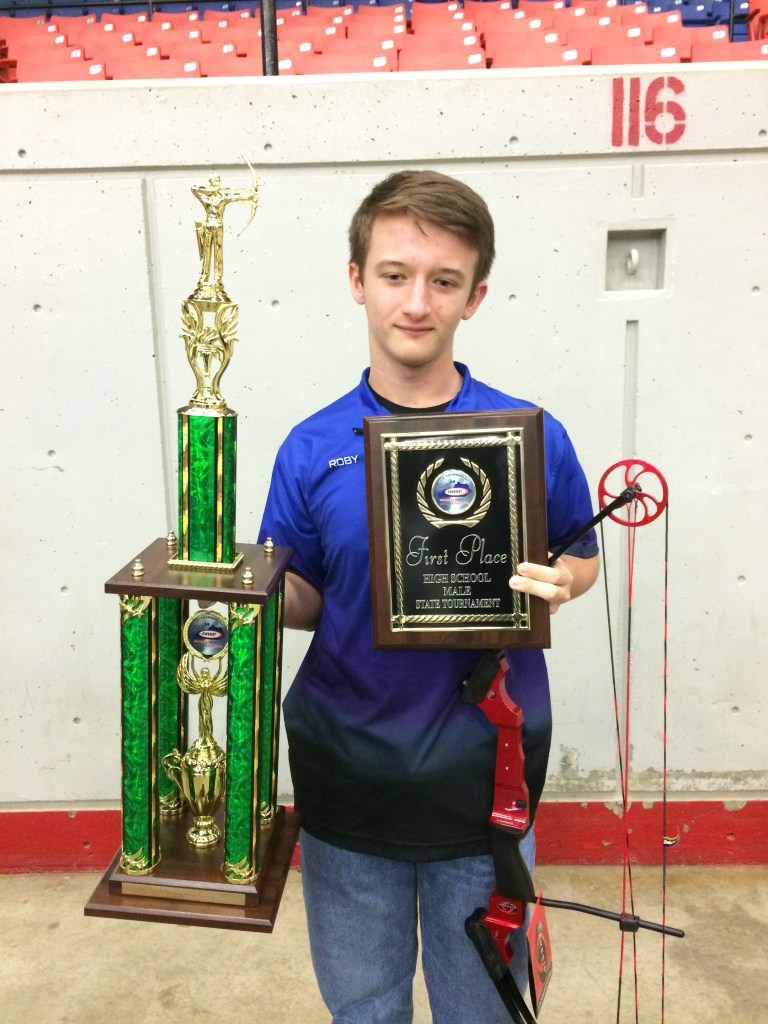 ROBY MULLINS, a Lincoln County High School junior, has an armload of awards to show for his time at the 2017 Kentucky NASP State Championships in Louisville, with the overall individual championship trophy in his right hand, the bow that went along with the title in his left, along with the high school state individual trophy.