PREPARING FOR THE FUTURE: Middle-schoolers discuss goals with community volunteers 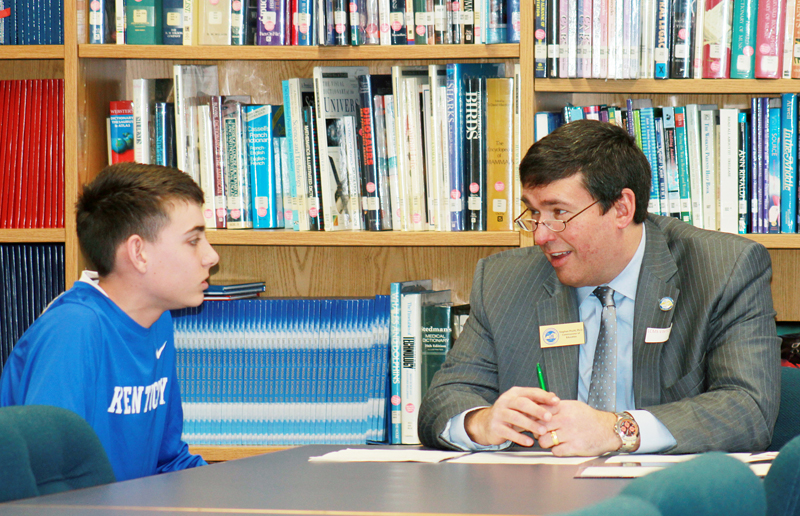 STANFORD  – There were a lot of visitors at Lincoln County Middle School last week as people of all professions – and even the state education commissioner – stopped by to speak to students about their future.

The event “Operation Preparation” has become one of the Lincoln County School District’s most successful annual initiatives as middle-schoolers are paired up with community volunteers every March to discuss future plans and goals. This year, that success continued as this year’s batch of eighth-graders participated in the event on March 23.

Volunteers included a variety of professionals from first responders and local government officials to bankers and media representatives.

The LCMS library and a few other areas of the school were filled with one-on-one interactions between students and community professionals as they discussed what life after school looks like and the opportunities that await students.

As discussions took place across the school, an elegant dining scene was set by LCMS’ Life Skills students, under the direction of teacher Cathy Hill.

The caterers-in-practice welcomed community volunteers to enjoy “A Taste of Kentucky” in the form of a three-course meal. 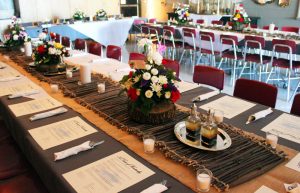 The kitchen was buzzing with activity as Hill’s students prepared the three-course meal. Students served as chefs, decorators, hostesses, servers and even provided classic music to accompany the lunch.

Hill pointed to the elaborate decorations covering what had been a normal looking classroom before, and said most of the decorations were handmade and placed by her students.

“This is all student work,” Hill said. “My kids really are the best kids.” 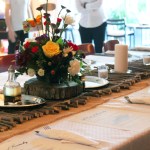 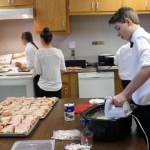 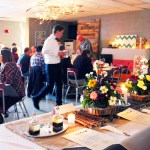