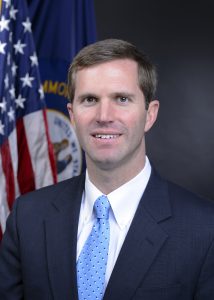 “Sunshine Week is celebrated across the nation every March to highlight the importance of open government and how only transparency can ensure accountability.

In Kentucky, Sunshine Week (March 12-18) could not come at a more important time, as the very protections afforded by our state’s Open Records laws are being attacked, and could even be eviscerated, by some of our public universities.

As attorney general, I have made protecting Kentuckians’ right to know how government agencies are operating one of my office’s highest priorities.

Under Kentucky law, the Office of the Attorney General is responsible for safeguarding the Open Meetings Act and Open Records Act. Under the law, if citizens or journalists are wrongfully denied a request for information to a public agency, they can appeal directly to my office.

No need for lawyers.

Your government is supposed to be open to you.

In reviewing each appeal, we deal with issues that are complicated and nuanced, which require significant research and analysis in the application of the law. One important step we can and do take is to request a confidential review of documents an agency is withholding. That way, we know if their reasons are honest, or merely an excuse to hide information.

We are currently in front of a judge in our case to protect these transparency laws against the University of Kentucky, and we are seeking to intervene in cases involving Kentucky State University and Western Kentucky University.

Essentially, the universities’ actions are attempting to turn Kentucky’s Open Records Act into a ‘trust me’ law.

In the context of a university, this approach threatens the safety of our students. Campus sexual assault is one of the greatest threats facing our young adults. One in five women and one in 16 men were sexually assaulted while in college in 2015.

How did the university investigate these sexual assaults?

Did the victims secure justice?

Alternatively, were the victims not believed and forced to continue to sit in the same classes as their offender?

Are the universities’ investigators and administrators doing a good job?

As a parent, I want to know these questions before sending my child to any campus.

Sadly, what we do know is that by hiding documents related to university faculty who have harassed or assaulted students, universities around the country have quietly allowed these perpetrators to move to other schools, endangering the safety of other students.

This is what happens when an institution chooses secrecy over transparency.

Our decisions on these matters demonstrate how critical transparency is to good government, and how my office is committed to the law and being tough on those who are found to be in violation of it.

It also shows my commitment to seeking justice for victims of rape and sexual assault. In order for us to fulfill this mission, we must stand up for those who have known the devastating impact of violence or abuse.

This includes ensuring our public universities are not hiding from the law or hiding just how prevalent sexual assaults might be on their campuses.”