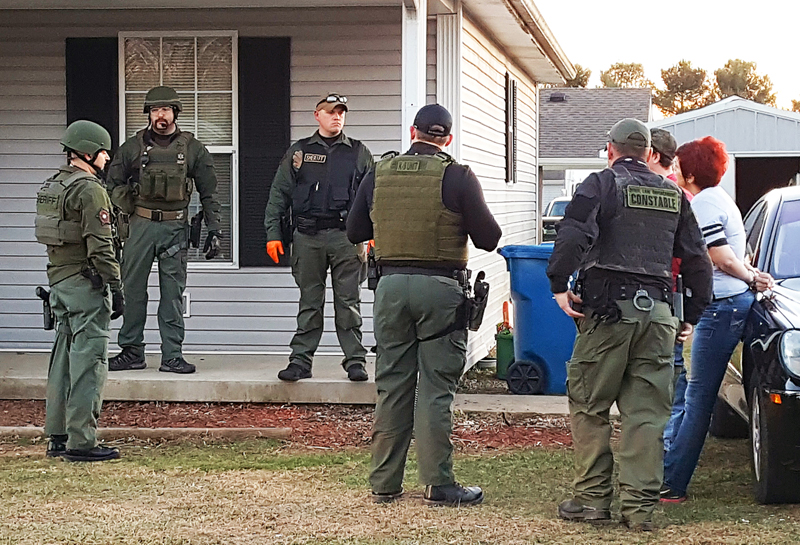 Photo by Abigail Whitehouse Occupants of a duplex in Stanford are detained outside while local law enforcement searches the residence for narcotics Saturday. 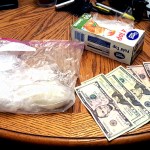 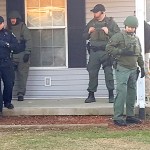 STANFORD – A narcotics investigation led to the arrest of three people in Lincoln County Saturday after the execution of a search warrant turned up 205 grams of suspected crystal methamphetamine.

It was about 5:30 p.m. on Feb. 4 when the Lincoln County Sheriff’s Office’s Emergency Services Unit was activated and entered the residence located at 25 (B) Jessica Way in Stanford. ESU used a non-lethal flash bang device to disorient the group of people inside as they entered the home.

Deputies said there were four adults and one child inside and the child was safely removed from the home while all four adults were detained outside.

Once the occupants were secured outside, Lancaster Drug Interdiction and K9 Officer Robbie Tudor and his K9 partner Jago went inside to search the duplex.

Tudor said the search began at the front door of the home and concluded in the master bedroom.

“During the search, K9 Jago indicated on multiple areas of the residence, in which items were found in all of the locations that he presented a behavior change,” he said. “The items located were paraphernalia related to trafficking and the use of narcotics.”

K9 Jago also presented a positive indication for narcotic odor near the bed in the master bedroom, he said.

“Upon investigation of that area, the recovered methamphetamine was located within the mattress in a cut area at the head of the bed,” Tudor said.

Deputies also seized about $605 in cash found in the residence. 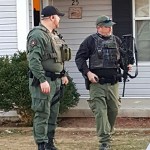 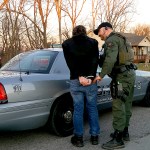 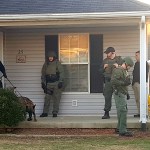 The handler said his K9 partner impressed him throughout the entire operation.

“He did an outstanding job, starting with guarding the perimeter on full alert to transitioning to the search in the home,” Tudor said.

The joint operation with the Lincoln County Sheriff’s Office was an opportunity Tudor was pleased to participate in, he said.

“I was very impressed with the organization from start to finish and I look forward to working with their department again,” he said.

Once Tudor and his K9 partner finished their search, members of ESU, along with Stanford Police Officer Eric Taylor and Constable Rob Adams continued to search the residence for about an hour while the four occupants were detained and interviewed outside.

One man was released from custody while the other three – 50-year-old Bobby L. Robbins, 49-year-old Ricky L. Robbins and 44-year-old Kimberly Brock – were arrested and charged with first-degree trafficking in a controlled substance (methamphetamine). 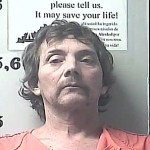 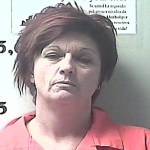 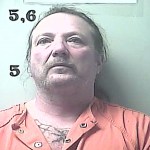 Officer Taylor said the going price for crystal methamphetamine is currently about $100-$110 per gram. 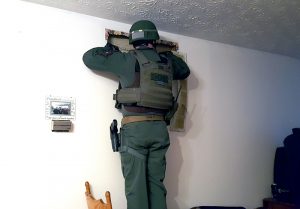 Lincoln County EMS and emergency responders from the Stanford Fire Department were on scene to provide medical examinations and treatment but no injuries were reported. Stanford Police Officer and K9 Handler Preston Middleton also assisted with the detention and transport of the suspects.

The three were transported to the Lincoln County Regional Jail where they remain lodged at this time. No bonds have been set.