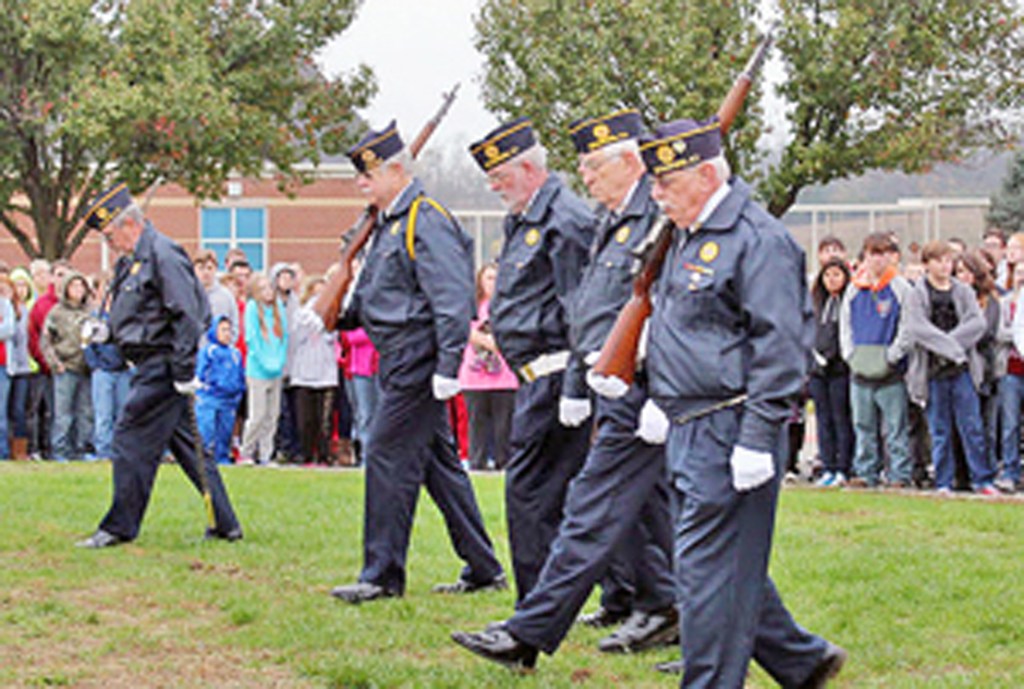 STANFORD – After seven rifles belonging to a local American Legion post were stolen, popular TV personality Neal “Banjo Man” James is calling for immediate support from the public to replace them.

The M1 Garand Rifles are used by the local American Legion Post to honor deceased veterans with a 21-gun salute at their funerals – a service that Post 18 provides to numerous communities across Central Kentucky.

Lincoln County Sheriff Curt Folger said the rifles, which are valued at about $1,000 each, were stolen some time between Jan. 12 through Jan. 15-16.

The suspect/s broke through a window to gain access, Folger said.

Post 18 is offering a $1,000 reward for the arrest and conviction of person/s that are responsible, he added.

“We’ve had a few tips, some names have been thrown out, but nothing concrete,” the sheriff said Wednesday afternoon.

Anyone with information is encouraged to contact the Lincoln County Sheriff’s Office at (606) 365-2696.

Folger said the rifles actually belong to the U.S. Army but had been assigned to Lincoln County’s American Legion Post 18 to be used for funeral services.

“They have some other ones (rifles),” Folger said. “They stay pretty busy and there are times when they have multiple funerals where they split up in groups and do two funerals at one time.”

Now that seven of those rifles are missing, the funeral squad will only be able to provide the 21-gun salute to one funeral at a time.

Folger said the thief or thieves didn’t appear to be looking for anything besides the rifles to steal.

“I think they just went in there for that. I might be wrong, there was one cabinet that had been opened up and rummaged through, but they were going for that one thing I believe,” he said.

After hearing about the theft, Stanford native Neal James, known to many as the “Banjo Man,” is calling on the public to join him in Stanford Saturday to support the veteran’s group and make donations to help them replace the stolen rifles.

“I can’t imagine having one of my military loved ones not being able to receive the 21-gun salute,” James said. “They live their entire life for that moment. There is no reason for anybody to be that heartless.”

James has invited world-renowned banjo-builder Frank Neat to help draw a crowd to Stanford’s historic St. Asaph Hotel on Saturday and said Neat will be offering autographs. Henry James, of American Legion Post 18, will also be in attendance, along with a M1 Garand rifle like those that were stolen, for the public to view.

“Bring a donation, whether it’s a penny or $100, we don’t care,” James said. “If you don’t have a penny, please come down and say ‘hi’ and leave a prayer there. Show you’re support. Stanford, Lincoln County, Boyle County we all need to come together. We need to show our support. For God’s sake it’s our military and it’s their last right.”

SO YOU KNOW:
Neal James AKA the “Banjo Man” will be hosting a fundraiser to replace the military rifles at the historic St. Asaph Hotel in Stanford on Jan. 21 from 10 a.m. to 4 p.m. World renowned banjo-builder Frank Neat will also be there signing autographs and mingling with the public.  Donations of any amount are welcome and encouraged.
Anyone with information on the theft of the rifles can contact the sheriff’s office at (606) 365-2696.