Every citizen has a place in politics – even Meryl Streep 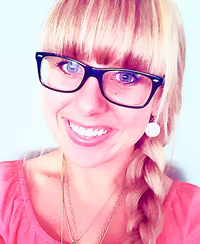 The last thing I expected to hear when I flipped the t.v. to the Golden Globe Awards Sunday night was someone standing up for journalists or calling for the protection of the press.

It’s not something we hear often and certainly not of late. “Vilified” is an understatement, Meryl.

But what a refreshing speech it was, rich with empathy and understanding and a call for action – the kind of language that acknowledges humanity while showing humility.

The belief that, as Americans, we can always do more is what makes us the great humanitarians of this world. It’s a belief that keeps my hand writing and ear to the ground all hours of the day.

I am fortunate that there are many in this community who go out of their way often to thank me for my work – their words get me through the toughest of days.

But I know that newspapers – and journalism in general – has never been a profession aimed at pleasing the public, only informing it. Sometimes that information hurts to hear, sometimes it seems cold or heartless, sometimes  we simply make mistakes– but the purpose never changes and it’s necessity never weakens.

Despite the long hours, limited resources and constant exposure to  tragedy, the press shoulders a great deal of unwarranted blame and carries on just the same.

While some will manage to interpret Streep’s speech as cheap or out of line, I am thankful that for once someone used their microphone to defend my profession rather than blame it.

Meryl Streep could not have been more in line.

And, as it has been pointed out repeatedly since Streep gave the speech, America just elected a rich celebrity to serve as president.

So at this point, Donald Trump supporters saying a rich celebrity is “out of touch” and has no business talking about politics… well, that would be a bit hypocritical, wouldn’t it?

You elected a president who literally hosted a show with the word “celebrity” in it.

Unfortunately, the president-elect’s response – on Twitter, of course – was not presidential at all. Instead, he attacked Meryl Streep personally, calling her an overrated actress, only driving home the points she made in her speech.

And Streep is right, journalists have an obligation to hold the president-elect, and all government officials, accountable.

Journalists take a verbal beating on a regular basis for that, often from the very people they work tirelessly, day and night, to help.

So beyond politics, hearing Meryl Streep use her few golden moments to say “join me in supporting the Committee to Protect Journalists, because we’re gonna need them going forward, and they’ll need us to safeguard the truth,” meant a lot to me and I’m sure a lot to many others out there in the news profession.

Good journalism does exist, but it will only exist as long as the public continues to demand and support it.