Lincoln rings in new year with win over Anderson 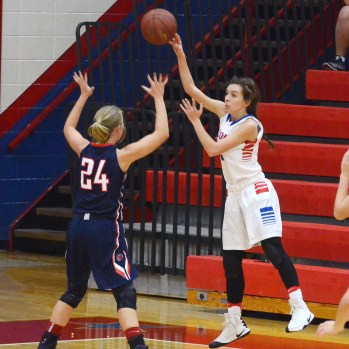 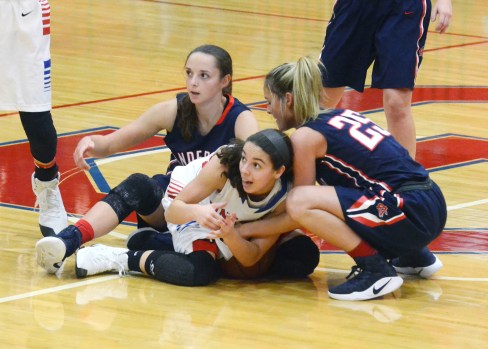 LINCOLN COUNTY guard Maddy Boyle tries to get a timeout called while scrambling for a loose ball with Anderson County’s Sammy Rogers, left, and Taylor Harley (25) in the first quarter of the Lady Patriots’ 73-53 win over the Lady Bearcats Monday at LCHS. Boyle scored 16 points in the win. Photo by Nancy Leedy 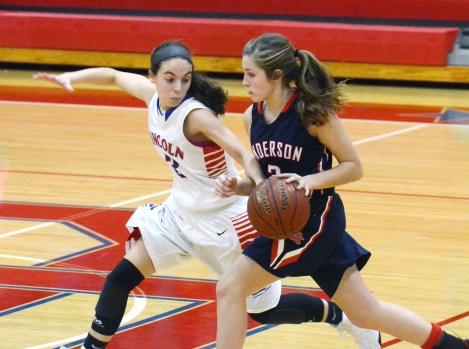 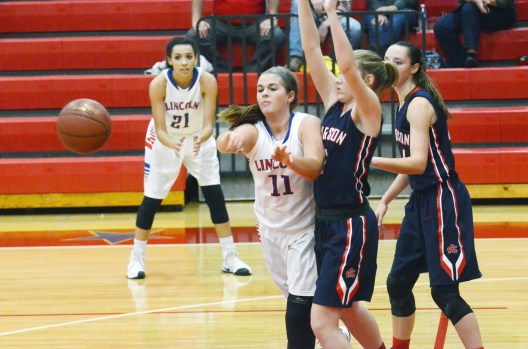