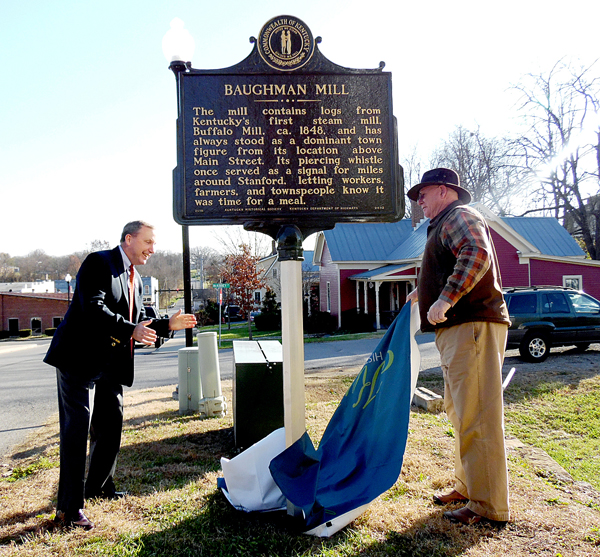 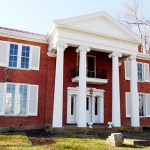 Photo courtesy of Jordan Smith The Cedars was one of two buildings in Stanford to receive a historical marker. 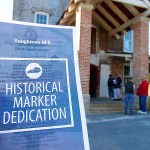 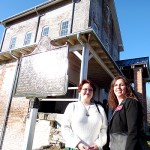 Photo courtesy of Jordan Smith Baughman descendants Whitney Baughman, left, and Tevis Tuggle, right, pose for a picture in front of the new historical marker. The two women are granddaughters of Bob Baughman.

STANFORD – A crowd gathered in Stanford Dec. 2 to witness the unveiling of two new historical markers in town.
Two Stanford buildings were awarded state markers by the Kentucky Historical Society including The Cedars (Shadowlawn) located on Somerset Street and Baughman Mill on Mill Street.
According to the state historical society, The Cedars was the second home in Lincoln County to have a bathroom installed. The home was built in 1853 and was one of the first brick houses in the area.
Baughman Mill, formerly known as Lincoln Mills, was completed in 1881 and purchased by S. H. Baughman in 1892. The mill became J. H. Baughman & Co. and operated until 1969.
A reception was held at the St. Asaph hotel on Main Street following the dedication ceremonies.