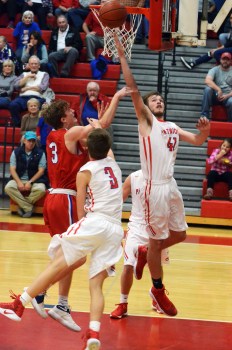 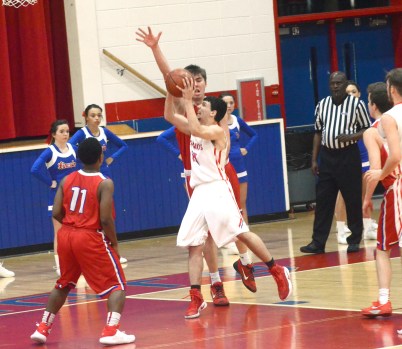 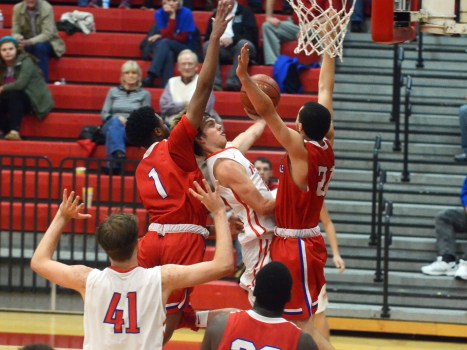 LINCOLN’S Noah Young drives in on Lafayette’s Eric Powell (1) and Shawn Catlett (21) for two of his game-high 31 points in the boys’ season-opener at LCHS. Powell led Lafayette with 21 points as the Generals rallied to win 70-69 in overtime. Photo by Nancy Leedy