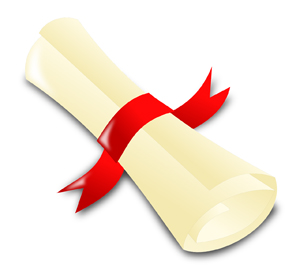 STANFORD – With the help of local donations, the Adult Education Center is hoping to continue to offer free General Education Development testing for Lincoln County adults.

The center participated in a letter-writing campaign and asked the community for financial help to support students at the center. In July, letters were sent to businesses and local organizations and a second round of letters were sent in August to churches in the area.

Potential contributors were told their donations would help offset GED fees and keep students from having to choose between education and providing for their families.

“Lincoln County has 23.8% of its population living below the poverty level, this is a direct correlation with 23.9% possessing less than a high school diploma or its equivalent,” the letter states.

By August, the center was able to begin providing free GED testing and it now offers the test every Tuesday at the Student Success Center’s main location – formally known as the Board of Education. Before the generous donations, students would have to drive 45 minutes in any direction just to take the GED test.

Since July, the center has had nine GED graduates, two of which came from the Lincoln County Jail.

Since the GED test changed in rigor in 2014, Rolph said the AEC has awarded about 30 GEDs a year.

One student who received her GED at the center in February said she is now taking college nursing courses.

It took Tasha Pollitt, 25, about six months to acquire her GED but now that it’s behind her, she feels relieved and is doing what she can to tell others about the opportunity.

“I tell people everyday that they need to go and get it,” Pollitt said. “They can’t do anything without it. (I tell) the ones who have quit school and didn’t go back. Your fast food will hire you but really nothing else will.”

Pollitt was able to get her GED fees paid for by the center but without the financial help, students had to pay $120 to take the test.  The $120 fee didn’t include the pre-test students are required to take.

For an individual to pay for the test themselves, the fees would cost up to $144, without the inclusion of test administration fees. There are also $10-$20 retake fees if a student fails any part of the test.

Taking the test
Each test is broken down into four topics: math, reading and language arts, science and social studies. Students take the test two sections at a time, Rolph said.

Since the center only has four laptops complete with the necessary GED testing software, only four students can take the test at one time.

Classes are provided in each of the subject areas included on the test and are offered at the Student Success Center, the Lincoln County Regional Jail and Logan’s Trace Housing Authority in Stanford.

The average-sized class has about five to six students, Rolph said. At any point, students who feel comfortable enough are able to take the steps to take the GED test.
“People have the ability to come in and say, ‘Maybe I’m ready for this test. I’ve studied at home or I’m not too far out of high school,’” Rolph said. “They can take the ready test, which is the precursor for the GED. If they have the mandated scores then we can set them up to take the GED test almost immediately. Some people need a little more help and that’s where our classes come into play.”

According to state data, on average a student feels comfortable enough to take the GED test after 30 to 40 hours of instruction. Rolph said statewide the most difficult subject area is math with social studies as a close second. However, Rolph said the AEC math instructor Missy Slone is recognized by the Kentucky Adult Education council as one of the top math instructors in the state and has about a 90-percent pass rate.

For those who may have difficulty coming into the center for classes, distance learning is provided through software packages. Rolph said If there’s anything the center can do to help, they will certainly try. She said the hardest part is coming in and admitting help is needed.

“The first time you come in is the hardest time. The second and third time you come in you’re family when you’re here,” Rolph said. “Sometimes our students never want to leave, I feel like. We have people from all different walks of life: different ages, different socioeconomic backgrounds. As they’re all here together, they blend into a family.”

The first time someone goes into the AEC they can expect to talk to instructors about what their goals are and how fast they want to get there, Rolph said.

“We do a basic assessment of skill, that’s just a paper-pencil test. We talk about our class schedule, what they can expect from us, what we can expect from them and move forward from there,” she said. “We encourage everyone to come no matter where you’re starting.”

The central location at the Student Success Center is open Monday through Friday 8:30 a.m. to 4:30 p.m. On Tuesdays and Wednesdays they are sometimes open as late as 6:30 to 7 p.m., Rolph said. Classes at the jail and Logan’s Trace are offered twice a week.

In January, the center will receive a grant through Heart of Kentucky United Way that will continue to provide GED testing for free. Until then, the AEC will continue to take donations to help pay for test fees.

Out of the current donations left, only a total of four tests can be provided until January.