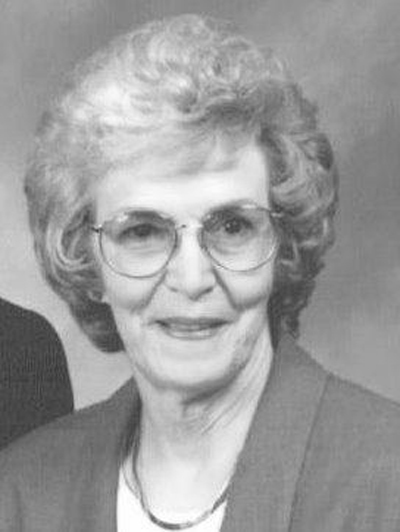 Vi Powers, 87, of Lexington, KY (formerly of Stanford, KY) passed away Sunday, November 13, 2016 at Richmond Place in Lexington, KY.
Born July 16, 1929, in Milford, Ohio, Vi was a daughter of the late Omer Henry Kissick and Margaret Sorrell Kissick, and the widow of George T. “Tom” Powers. She worked as a homemaker for most of her life and was a member of Eastern Star and the Stanford Christian Church.
Survivors include one son, Dr. Michael Powers (Sherry) of Lexington; three daughters, Janey Stotts (Billy) of Cave City, Toni Powers Mitchell (Brent) of Bronston and Tori Moore (Chris) of Clinton, Ill.; nine grandchildren; 11 great-grandchildren; and several nieces and nephews.
In addition to her parents and husband, she was preceded in death by two sisters, Catherine Jackson and Marie Strong; and one grandson, Drew Jackson.
Memorial services will be held Friday, November 18, at 12 p.m. (noon) at the Stanford Christian Church in Stanford. Visitation will be held prior to the service starting at 10 a.m. Burial will follow at 1:30 p.m. (Friday, Nov. 18) at Camp Nelson National Cemetery in Nicholasville.
Memorials in lieu of flowers may be given to Kentucky United Methodist Homes For Children & Youth, 2050 Lexington Road, Versailles, KY 40383.
Spurlin Funeral Home, Stanford is in charge of the arrangements.