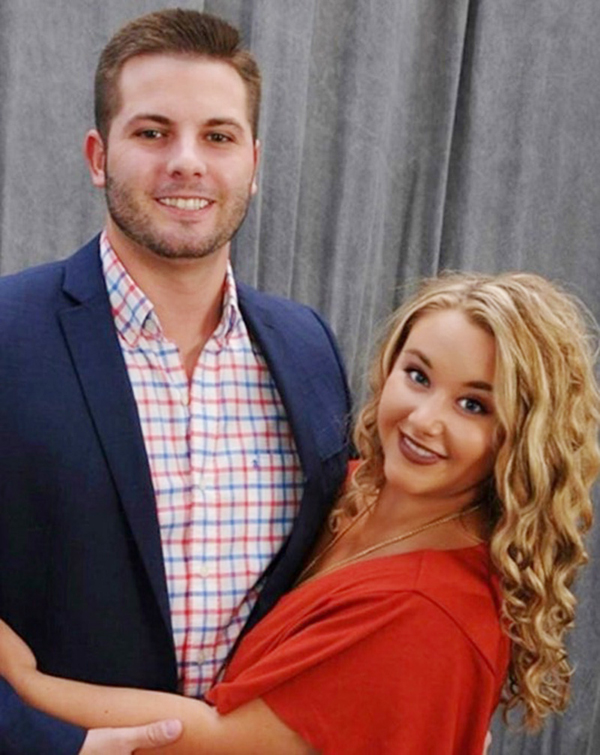 John and Kendra Stamper Funkhouser of Danville, formerly of Stanford, and Brian H. Brown of Lexington, announce the engagement and forthcoming marriage of their daughter, G. Ann-Deyvone (Ande) Stamper to James Dylan Teague, son of Terry and Beth Prather of Lancaster, and Jamie and Angie Teague of Bryantsville.
The bride-elect is the granddaughter of Kenny Stamper and Theresa Stamper, both of Stanford, Wanda and Ted Lavit of Lebanon, and the late Bob and Sue Funkhouser of Danville. Ande is a 2010 graduate of Lincoln County High School, and a 2015 graduate of Eastern Kentucky University, where she received her Bachelor’s degree. She is employed by Creative Lodging Solutions, Inc. in Lexington.
The groom-elect is the grandson of Manford and Mary Ann Bolton of Lancaster, Jim and Debbie Talley, and Mike and Marietta Teague, all of Danville. Dylan is a 2010 graduate of Garrard County High School, and received his Bachelor’s and Master’s degrees from Eastern Kentucky University in 2014 and 2015 respectively. He is employed by Kentucky Employers’ Mutual Insurance in Lexington, Ky.
The wedding will take place on February 25, 2017 at First Christian Church in Danville, Kentucky. Invitations will be sent.