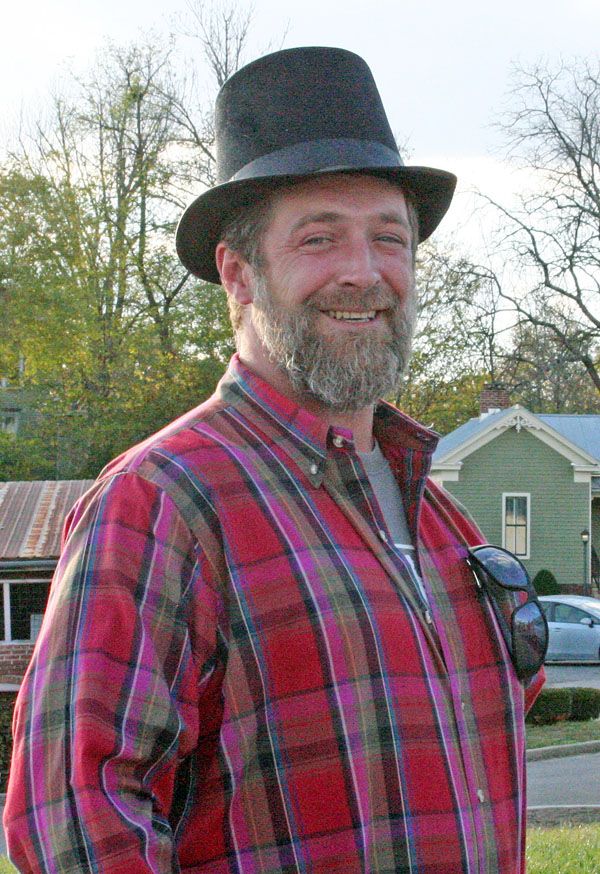 Kendra Peek/kendra.peek@amnews.com Mike Roberts of Lincoln County works as a chimney sweep, sporting a top hat he keeps in his work van because “everyone asks if you have one.” He also spends time as a bell ringer for the Salvation Army, as a way of giving back to the community.

SO YOU KNOW
To be a bell ringer with the Salvation Army, like Roberts, contact Dana Long at the Danville Salvation Army.
There will be a kickoff for this year’s bell ringing season from 11 a.m. to 1 p.m. on Monday, Nov. 21 at Kroger. The Salvation Army Band will be there along with WHIR.
Ringers in Danville will be located at the Kroger and the Hobby Lobby, but will begin ringing at Walmart after Black Friday, and will ring everyday but Sundays.