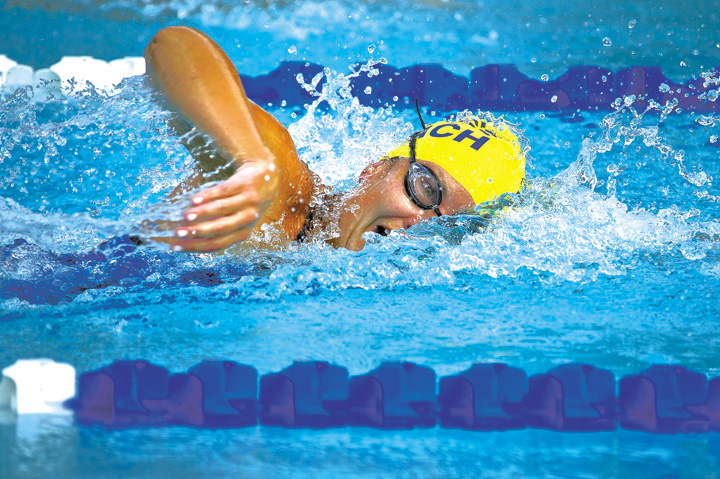 At this time of year, thoughts lean more toward snuggling up in front of a warm fire than swimming a lap in a pool.
But, despite the season, Lincoln County High School is about to test the waters.
Lincoln is currently preparing for a full slate of boys’ and girls’ basketball action during the winter season, but LCHS student/athletes now have a new option for getting involved with the introduction of a swim team to the sports lineup.
LCHS Athletic Director Travis Leffew’s request to form a swim team was presented to the Lincoln County School Board during their last meeting and the move was approved.
Swimming only requires one individual on a team and Leffew said in his request that there are four boys and six girls interested in being on the swim team.
Danville’s administration has agreed to take on the athletes from Lincoln and Danville’s swim coach John Anderson has agreed to act as Lincoln’s coach in the first year of competition.
The Lincoln athletes would not have their own facilities, practicing and competing with the Danville swim team at the Wellness Center in Danville and the Kentucky School for the Deaf once its facilities are complete.
Swim will be considered like golf at Danville when it comes to getting athletes to events. Parents would get the athletes to events, but if a participant needed transportation it would be provided by the school.

Junior Angler of the Year