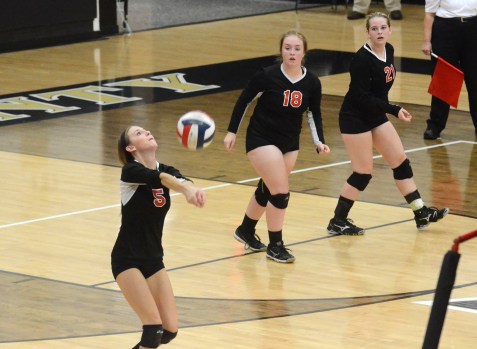 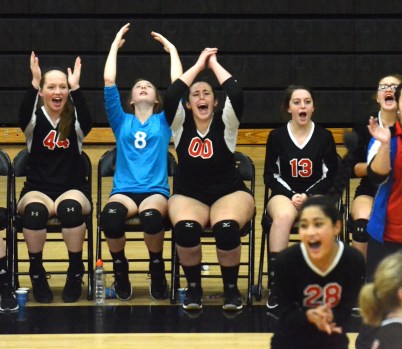 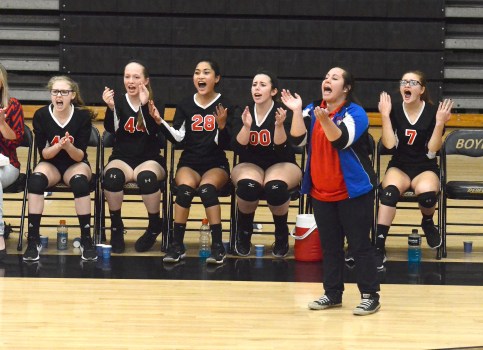 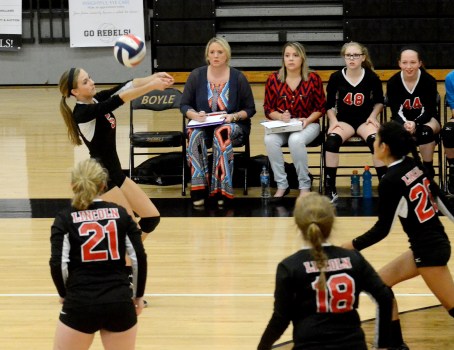 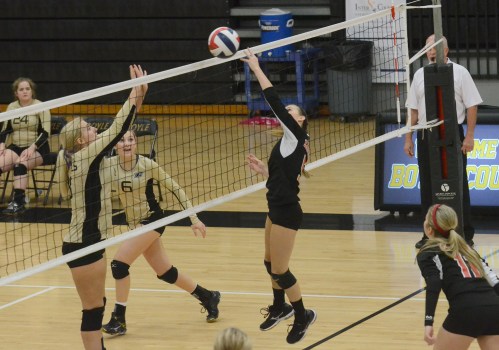 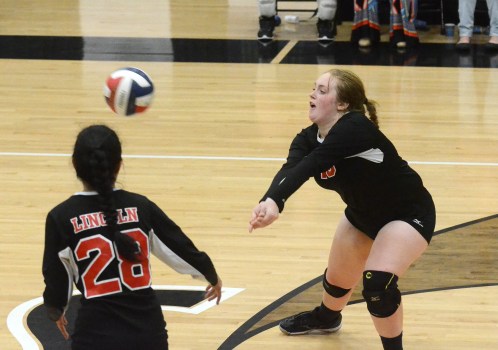 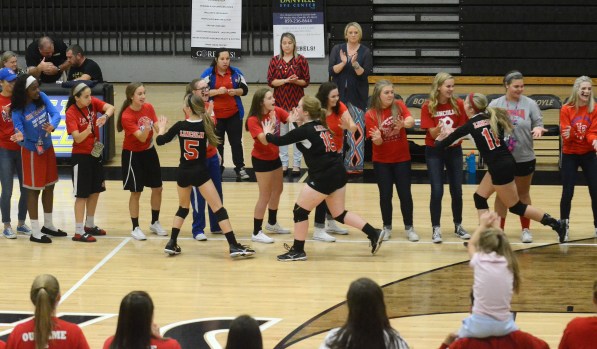 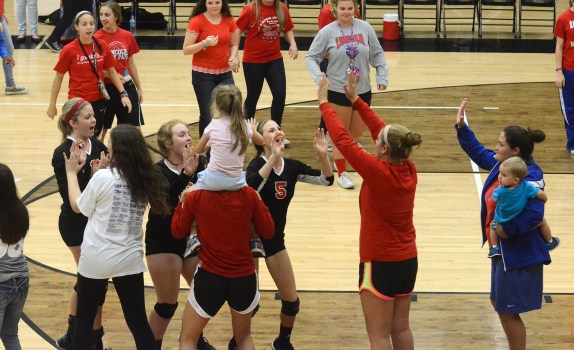 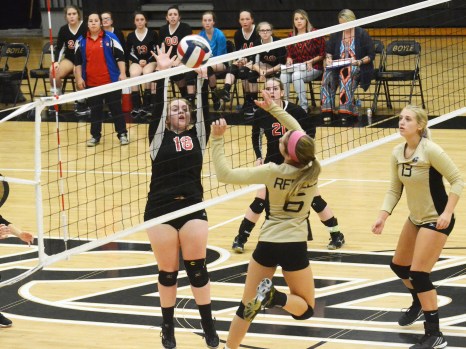 DANVILLE — The Lincoln County volleyball team’s hopes of claiming the 45th District title were dashed in the tourney’s championship match.
Current starters Haley Bowen, Peyton Griffin, Taryn Johnson, Savanna Smith, Jasmine Whited and Jessie Wilson, who were all in elementary school the last time the Lady Patriot volleyball team won the district (2012), looked primed to get the title back coming in as the tourney’s top seed and enjoying a 7-0 late-season win streak.
But it was not to be.
Boyle County edged Lincoln 3-2 in Thursday’s title match at Rebel Gym to reign as champion for the first time since 2009. It was a district dogfight in the final match with the teams trading games – Lincoln 25-23, Boyle 25-22, Lincoln 25-19, Boyle 25-12 – before Boyle claimed the fifth and final set 15-12.
Lincoln coach Samantha Torres said she was not surprised by the closeness of the district final match.
“I knew it would be a good match. It really could have gone either way coming into it,” she said. “I made sure to tell the girls that it’s a mental game. They’ve got the skill. It’s important that they stay calm and stay collected and not panic. We came in expecting to win and we played to win.”
Lincoln (17-14) trailed 4-2 at the start of both the first and second games. The Lady Patriots used a 5-0 scoring run in the first set to turn a 13-16 deficit into an 18-16 lead. Boyle would edge back ahead 23-22 late, but Lincoln got the sideout and Peyton Griffin served up the final two points for the 25-23 win.
The Lady Patriots also rallied in the second game, going on a 9-3 run to take an 18-16 lead. But the Lady Rebels (17-18) ripped off three straight points to go on top for good, 19-18, then scored six of the last 10 points to take game two 25-22.
The third game was just as much a battle, with neither team holding more than a four-point lead until the Lady Patriots scored the last nine points of the game. The Lady Rebels were up 19-17 in the third game before Jessie Wilson stepped up to serve out the final nine points to give Lincoln the 25-19 win and a 2-1 match lead.
But the match took a turn in the fourth game, with Boyle opening an 8-2 lead and never looking back. Mya Van Steenlandt, who led the Lady Rebels with 15 kills, six digs and three aces, scored three straight kills to extend Boyle’s lead to 13-4. Fourteen points was the Lady Rebels’ largest lead of the game as they evened the match with a 25-12 win.
Torres said she was surprised by Lincoln’s lackluster performance in the fourth game.
“I don’t know what happened,” she said. “It just seemed like we forgot how to play volleyball.”
However, despite the down turn in Lincoln’s play in the fourth game, the Lady Pat mentor had confidence in her team.
“I was not really concerned because we’ve done that before and come back and won the next set,” Torres said. “I don’t like to see it happen when we get down that far and lose by that much. But it doesn’t worry me as much because I know they can pick themselves right back up and go.”
And “pick themselves” up they did.
The Lady Patriots came out and posted leads of 4-1 and 9-5 in the fifth game, which is played to just 15 rather than 25. But the Lady Rebels would rally in the short game to take the match. Boyle went on a 6-1 run to go up 11-10 and Lincoln had no answer. Madison Turney’s service pushed Boyle up 14-11 then Lexi Gourley gave her team the 15-12 win with a match-ending kill.
Both Lincoln and Boyle advance to the 12th Region tournament at West Jessamine, and with the way her team played in the district final, Torres feels good about the Lady Patriots.
“We always want the win, but the fact that we fought all the way through tonight is important,” she said. “They didn’t get down. They were staying up. They were together as a team. They were fighting. And that’s what we want to see this late in the season.”
“What I tried to tell them is, you know, win or lose, we’re still going to region. We’re still successful. So, no hard feelings.”