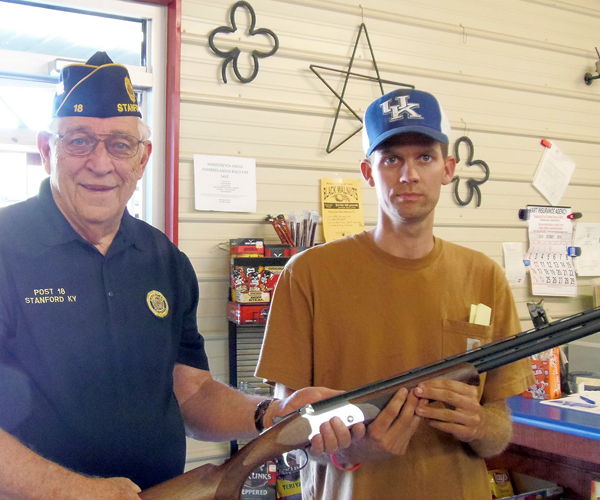 Matt Northern of Mt. Vernon was a winner of the shotgun raffled off recently by Caswell Saufley Post #18 in Stanford. Raffle Chairman, John Bradshaw of Post #18, is presenting Northern his rifle. The winners were drawn at the Post’s monthly dinner held on October 10.

American Legion Caswell Saufley Post #18 of Stanford holds a raffle each year to support its annual charities including, at no charge, the military ceremonies for deceased veterans as requested by veteran families.
Caswell Saufley Post #18 is a non-profit organization that generates its charitable funding by public donations and a limited number of raffles each year.
For more information about the post’s other charities and operations, call (606) 669-1807 or visit the post Facebook page. 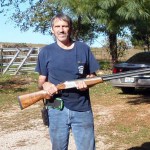 Kenneth Gonyer of Stanford is holding the shotgun he won from American Legion Post #18 raffle.