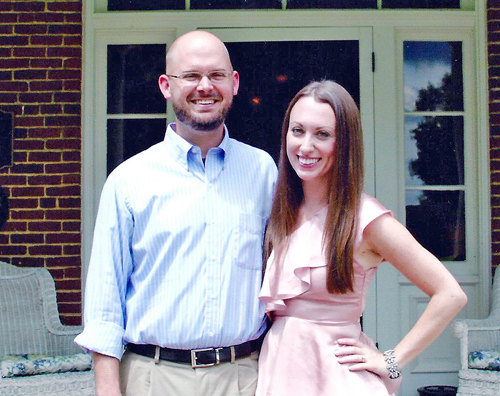 Dale and Nancy Short of Westlake, Ohio announce the engagement of their daughter, Cassidy Lee Short to Taylor Joseph Hafley, son of Joseph and Melanie Hafley of Stanford, Ky.
Cassidy is a 2005 graduate of Magnificat High School in Rocky River, Ohio and is a 2009 graduate of Wittenberg University in Springfield, Ohio, with a degree in sociology. She was a member of the Delta Gamma Sorority. She received her M.S.E. in Clinical Mental Health Counseling from the University of Dayton in 2013. Cassidy is currently working as a Community Relations Manager at Avery Place, an Enlivant Community in Winterville, Georgia.
Taylor is a 2006 graduate of Lincoln County High School in Stanford, Ky. He is a 2010 cum laude graduate of Wittenberg University in Springfield, Ohio, with a double major in Geography and Political Science. He was a member of the Delta Tau Delta Fraternity at Wittenberg. After working two years for the City of Springfield in the Community Development Office, Taylor attended the University of Denver where he received a Master’s Degree in Geography in 2014. Taylor is currently pursing a PhD in Geography at the University of Georgia where he is in his third year of graduate school and plans to graduate in May 2018.
The wedding will take place on November 12th at the State Theatre in the Playhouse Square in Cleveland, Ohio. Taylor and Cassidy will make their home in Athens, Georgia.