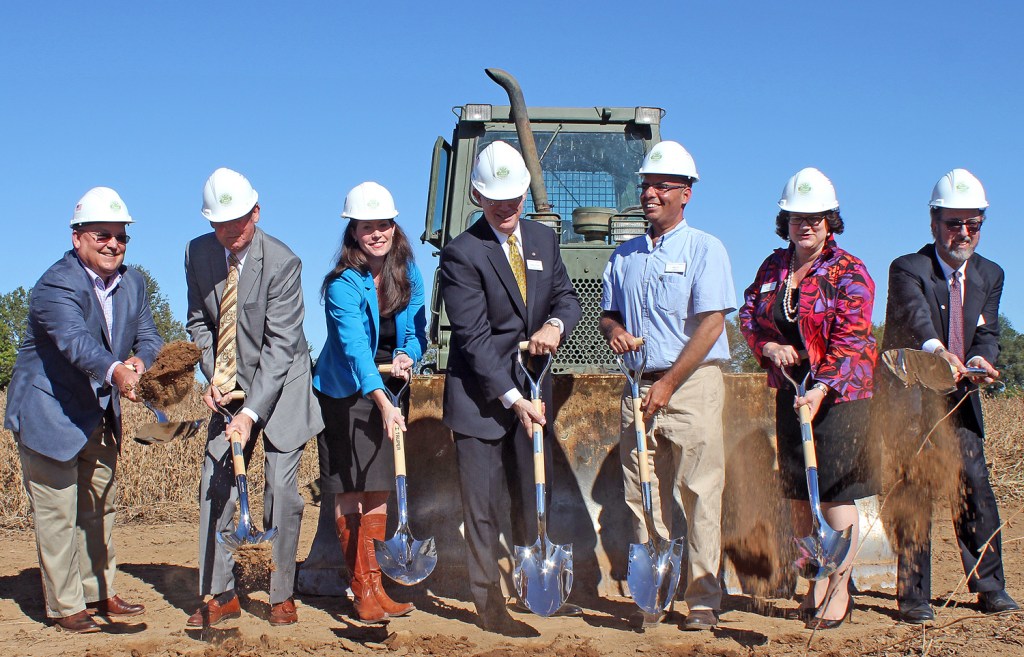 Story and photos
By Abigail Whitehouse

STANFORD – Talks of a large greenhouse operation, and the potential 75 job openings accompanying it, began about two years ago but last week state and local officials were eager to put their shovels in the dirt and officially break ground on the future home of Kentucky Fresh Harvest.
Founded in Lincoln County, Kentucky Fresh Harvest (KFH) is owned by Kentucky Hi Tech Greenhouses (KYHTG), LLC, as well as a group of local investors who collaborated on the project to bring jobs and innovative agriculture to the community.
The $10.7 million dollar investment was one that officials from near and across the state were excited to welcome to Lincoln County last week.

Lincoln County welcomes Innovative agriculture
A ground breaking is a celebration of something new, KYHTG partner and chief business development officer William Back told a crowd that gathered on the Frontier Boulevard in Stanford last Friday.
It represents innovation, ideas and is the result of a culmination of people’s hard work, Back said as he welcomed several of those people to the microphone.
“This has been about a two-year project of everybody working together to make this happen today,” said Stanford Mayor Eddie Carter. “It’s a great day. We lost a lot of jobs a few years ago with a factory closing and this is a shot in the arm for this community.”
Lincoln County Judge-Executive Jim Adams echoed Carter’s remarks and applauded the efforts of all involved in bringing the innovative greenhouse operation to the county.
“This is a perfect example of our future and our past. We have the past here with our soybeans and we have our future here with a high tech greenhouse about to take place,” Adams said. “We can’t ask for anything more than that. Rarely does a project of this scope locate in Kentucky, much less our county.”
The businessman and attorney credited with bringing the high-technology greenhouse operation to the United States is Curt Meltzer, COO of Kentucky Fresh Harvest.
“This started as a dream and passion for a few people and one of the best things over the last two years is how that dream and vision has grown as more people have become a part of that,” he told the crowd Friday.
The innovative greenhouse operation, which is expected to produce up to three-and-a-half to four million pounds of cherry tomatoes in one year, is a result of a great team working with a great community, Meltzer said.
Meltzer explained how the company plans to use innovative technology such as hydroponics to produce a much higher yield than an operation cultivating the crop from the soil.
“The cultivation of plants by placing the plants in liquid, nutrient solution rather than soil,” he explained. “For us, that is part of what the definition of 21st century technology is and what we’ll be doing here.”
With his hand pointed across the large field behind him, Meltzer painted a picture of what the greenhouse operation will look like once construction is complete.
“Once the site is leveled, you will find a total of about 17 acres of greenhouses here,” he said. You’ll see a nursery, you’ll see a packing and sorting building with offices here too. You’ll see water tanks and some other structures, but basically this will all be under roof.”
Each structure will have cement pylons, steel frames and heavy, specialized plastic, some of which will be up to about five-acres wide, Meltzer said.
The plants grown from seed in the nursery will be transplanted to plastic bags filled with coconut mix and other materials that OAPI (Oz Agribusiness Projects and Investments) founder and KYHTG partner and CEO Haim Oz has developed to be grown above ground.
It’s this method that Meltzer said will allow the company to produce a much greater volume of their product.
“This 17 acres will have approximately three-and-a-half to four million pounds of cherry tomatoes every year. That is our expected harvest,” he said.
Meltzer thanked local investors Nancy and Carol Hill who he said the project would not be possible without, as well as Sheila Terry for introducing the Hills to the business partners and their vision.
Officials on the state level also expressed their excitement about the project last Friday as Secretary of State Allison Lundergan Grimes and Tim Hughes of the Kentucky Department of Agriculture helped welcome Kentucky Fresh Harvest.
Some of the behind-the-scenes work that helped bring the company to Lincoln County is credited to state representative David Meade (R-Stanford) who worked with the governor’s office to assist with tax incentives, as well as with Agricultural Commissioner Ryan Quarles on the branding of the product.
KFH was approved by the Kentucky Economic Development Finance Authority (KEDFA) for tax incentives of up to $1.5 million and an additional $190,000 through the Kentucky Enterprise Initiative Act (KEIA).
“I am thankful to Kentucky Fresh Harvest for having the confidence in our community to invest here,” Meade said.  “This is a great opportunity not only for agriculture in our community and county, also the state. It is an exciting time when jobs are created through the investment of companies in our area.”
The incentive allows approved companies like KFH to recoup state sales and use tax on construction costs, building fixtures and equipment used in research and development as well as electronic processing.
Both programs are performance-based, meaning if a company does not meet it’s target investment, wages or new-hire numbers, the credits are proportionally reduced.
As the visionary behind OAPI, founder Haim Oz has developed high-tech greenhouses and similar agribusiness projects on multiple continents, but last week he spoke about bringing that technology to Lincoln County.
“You’ll have to excuse me, I will be a bit sentimental. With all that I am doing around the world, I have had the pleasure to take part in a lot of ground-breaking but I don’t remember that I ever had the nervous and enthusiasm I have today,” Oz said.
As a native Israeli, Oz said he has a warm place in his heart for America and he’s excited to bring the technology here to the U.S.
“It’s a great pleasure,” he said. “Thank you for everyone that took part in bringing this day to a closure. I hope that you will have many years of great friendship and success and that the project will be one of many in Kentucky and around the U.S.”

Local impact
In addition to the number of local job openings the greenhouse plans to bring to Stanford, proponents said the large volume of cherry tomatoes produced will be sold on the national wholesale market – meaning Kentucky Fresh Harvest will never be in competition with local farmers or producers.
Following the ground-breaking ceremony, the community was invited to the local cooperative extension office to eat and ask questions about the new greenhouse operation.
Back said the construction which began with Friday’s ceremony, will take about 10 to 12 months but will be built in stages that will allow production to go out within six months.
Why cherry tomatoes?
“The bottom line is we need to think about the economic perspective of the project as a business,” Oz said. “The strategy is to go with specialities. What we are trying to do is put ourselves on a different level of marketing and branding.”
The cherry tomato is a product that will allow for several different options when it comes to marketing, packaging and branding, he said. Cherry tomatoes also have a solid price in the market, he added.
As far as local economic impact, Meltzer said the company’s initial payroll will total to about $2 million per year.
“Two million dollars in workers’ pockets and they’ll be spending it in the local community,” he said. “Indirectly, there will be millions of dollars a year in inputs that the project will be buying – cardboard boxes, crates, lots of supplies. They’re all coming from local businesses too.”
There are going to be several indirect financial benefits to the community, Meltzer said.
“Because this is the first project of it’s kind in Kentucky, one of the few in the county at this point, we’re going to have a lot of people not just from around the state, not just from the U.S., but from around the world coming to this town,” he said. “They’ll be coming and looking at investment, at our technologies, looking to sell us things. And they’re all going to be looking for places to eat and stay.”
Farming as a profession has been under stress in the U.S. for a while, Meltzer said.
“We want to be the example that attracts the new generation of college-educated (agriculture) students and graduates,” he said. “They can make a great living and have a great career in 21st century agriculture. We’ll be an example.” 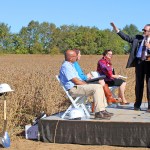 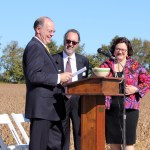 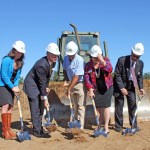 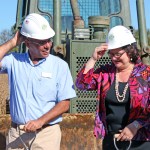 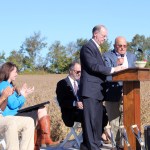 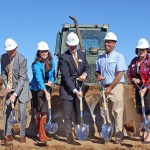 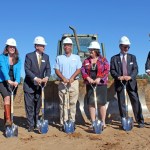 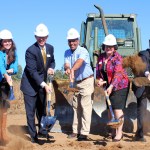 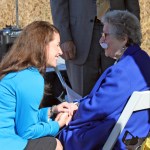