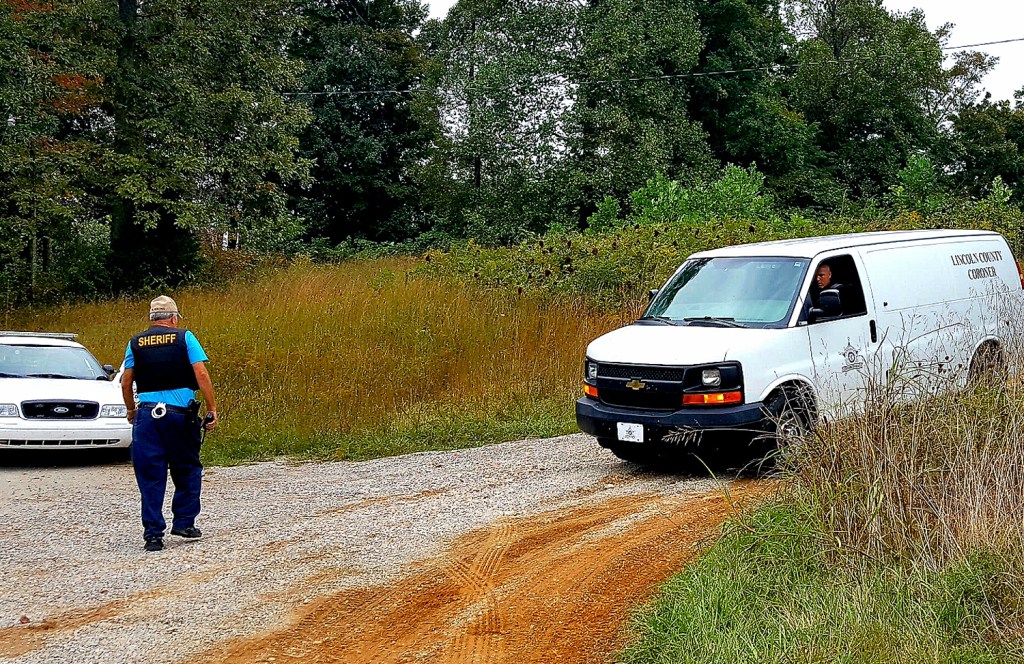 Photo by Abigail Whitehouse Officials respond to West Skyline Drive Saturday where the body of a female was found dead in the woods by people riding four-wheelers. 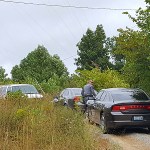 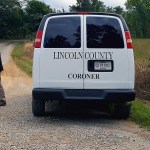 Photo by Abigail Whitehouse Lincoln County Deputy Coroner Brian Jenkins walks toward the area on West Skyline Drive where the body of a 22-year-old Boyle County woman was found Saturday.

STANFORD — Lincoln County deputy coroner Brian Jenkins has confirmed the dead woman found Saturday was 22-year-old Desiree Sparks of Danville, who had been missing since Tuesday.

The cause of her death is still under investigation.

Officials were called to West Skyline Drive Saturday afternoon after the body of an unidentified female was found dead in the woods by people riding four-wheelers nearby.

Kentucky State Trooper Josh Brashears, of Post 7 in Richmond which is overseeing the investigation, said police are calling it a death investigation at this time.

Brashears said he could not comment on whether foul play is suspected.

“I spoke to detectives a little bit ago and the only thing they are releasing right now is we are doing a death investigation and they are forwarding the body to the medical examiner for a cause of death and positive identification,” Brashears said.

An autopsy was performed Sunday by the state medical examiner in Frankfort who identified the woman as Sparks.

Details in Sparks’ death remain scarce at this time, but according to Lincoln County sheriff’s deputies Sparks’ body was found by people participating in a benefit four-wheeler ride near West Skyline Drive. She was found with no clothes on, lying in the grass not far from a gravel path.

The riders who found Sparks called law enforcement at about 1:30 p.m. Saturday, Oct. 1 and as of 4:10 p.m., Deputy Coroners Brian Jenkins and Tony Floro were still processing the scene.

Sheriff’s Deputy Mike Mullins said he spoke with property owners in the secluded area who told him there can be quite a bit of traffic in the early morning hours.

Sparks, a Lincoln County High School graduate, was last seen leaving the area of Citation Drive in Danville on Sept. 27 at about 3 or 4 p.m., according to a news release from Danville Police. She was reportedly in the company of an unknown male possibly driving a dark-colored SUV.

Since Sparks’ death, a GoFundMe page has been set up to help the family cover funeral costs and in just 22 hours the campaign has raised more than $3,000 in donations. For more details, visit https://www.gofundme.com/2sapxfbs.

To help the family raise money, a benefit ATV ride has been organized for Saturday, Oct. 29 with registration beginning at 11 a.m. in Boneyville. The cost is $15 per rider, $5 per passenger and $5 for non-riders. Donations will be accepted during the event. For more information visit the Facebook event page at https://www.facebook.com/events/535704879961439/.