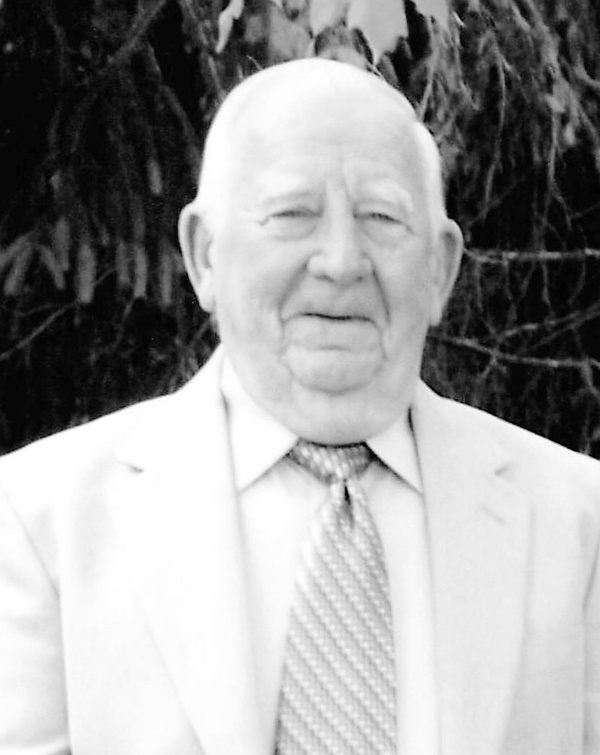 Walker McKinney Noe, 93, of Stanford, Kentucky, passed away peacefully on Sunday, September 18, 2016, at Ephraim McDowell Regional Medical Center with his family by his side.
Walker was born in Stanford, on May 18, 1923, to the late Stith and Nancy Katharine McKinney Noe. He graduated from Stanford High School and proudly served in the U.S. Army during WWII in Germany. After the war he graduated from Centre College in 1948 where he received a B.A. in English Literature. He also met his wife of 60 years while attending Centre, Betty Jeanne Buck Noe. After college, Walker taught and coached at Camp Dick Robinson High School, managed large farm operations, and finally moved back to Stanford where he opened a real-estate/insurance business. This led to a job as the Assistant Director of Right of Way for the Kentucky Department of Highways where he retired in 1985. Walker was an avid fisherman and enjoyed his home away from the cold in Goodland, Florida, for 41 years. He also was a master checker player who liked a challenging game, in which he usually won. The epitome of a southern gentlemen, he will be remembered for his love of God, family, and community. His quick wit, guidance, and love of writing poetry will be missed by all that knew him. “All is well!”
Walker is survived by one daughter, Kathy Noe Phelps of Frankfort; one son, Kinney (Rita) Noe of Stanford; four grandchildren, Lisa Walker Moore (Bill), Katie Phelps, Kindra Witak (Dustin), and Kandis Nicholas (Kyle); six great-grandchildren, Callie Walker Moore, Cameron McKinney Phelps, Andrew and Kinnedy Witak, Kelsey Harvey, and Kade McKinney Nicholas who is due in November; three sisters, Betty Ann Keiser of Danville, Nancy Gower of Danville, and Edna Meis of Tucson, Arizona; and a very special friend, JoAnn Miracle.
In addition to his parents, he was preceded in death by his wife, Betty Jeanne Buck Noe; and one brother, Robert “Bob” Noe.
Visitation was held Wednesday, September 21, at the Stanford Presbyterian Church.
Graveside services are at 10 a.m. today (Thursday, Sept. 22) at Buffalo Springs Cemetery with Rev. Jay Mumper and Rev. Jim Erwin officiating the service.
In lieu of flowers, memorial contributions suggested to Stanford Presbyterian Church, 213 East Main Street, Stanford, Kentucky 40484.
Fox and Friend Funeral Home, Stanford, is entrusted with Walker’s arrangements.