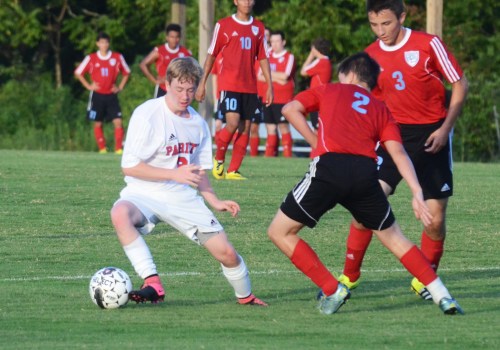 DYLAN COOPER, working the ball against an opponent in an earlier game, saw his Lincoln soccer Patriots fall to 3-9-2 this week with losses to Richmond Model and Sayre. 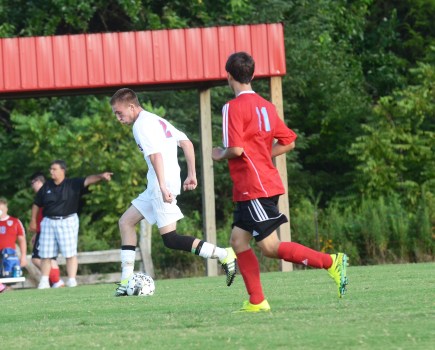 The soccer Patriots’ latest losses came at home and on the road, as visiting Richmond Model handed them a 5-1 loss Saturday and host Sayre topped them 8-2 Tuesday at Lexington.

Model (7-2-1) got three goals from Andrew Backus and two goals from Bryant Feck.

Poynter also tallied a goal for Lincoln against Sayre. Jacob Baird, who had the assist on Poynter’s goal, also scored for the soccer Patriots.

The team will be on the road for its next two games, playing at Corbin on Saturday at 6 p.m and at Wayne County on Tuesday, also at 6. The soccer Patriots’ next home game is Thursday, Sept. 29, as they host Somerset at 7:30 p.m.