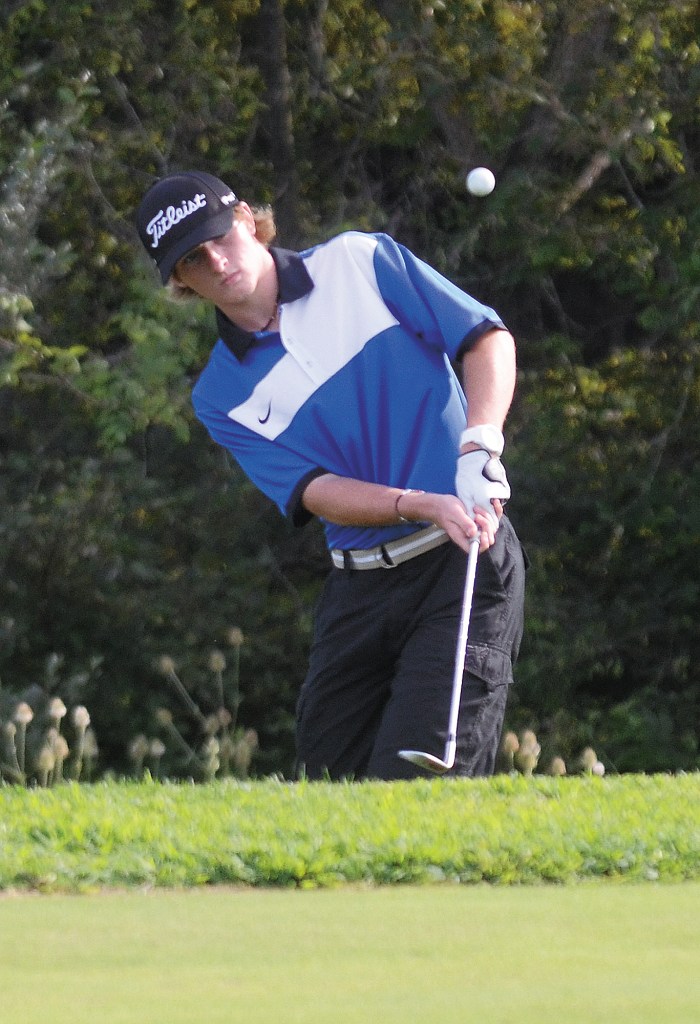 JARED LONG shot a 45 in the Lincoln golfers 169-193 win over Garrard County in their regular-season finale.

The Patriots fired a 169 in the match, led by Ryan Montgomery who finished with the low round of 39. The host Golden Lions shot a team score of 193.

Roland Taylor shot a 40 for Lincoln in the win and Jared Long and Wyatt Hon both shot a 45. Parker Monhollen and Lawson Hon both finished with a 46, Chris Johnson had a 47, Carson Jenkins had a 51 and Kade Bandura and Connor Spar both had 55.

The Lincoln boys will be competing in the Boys’ Region 4 Tournament at Bardstown Tuesday, Sept. 27.