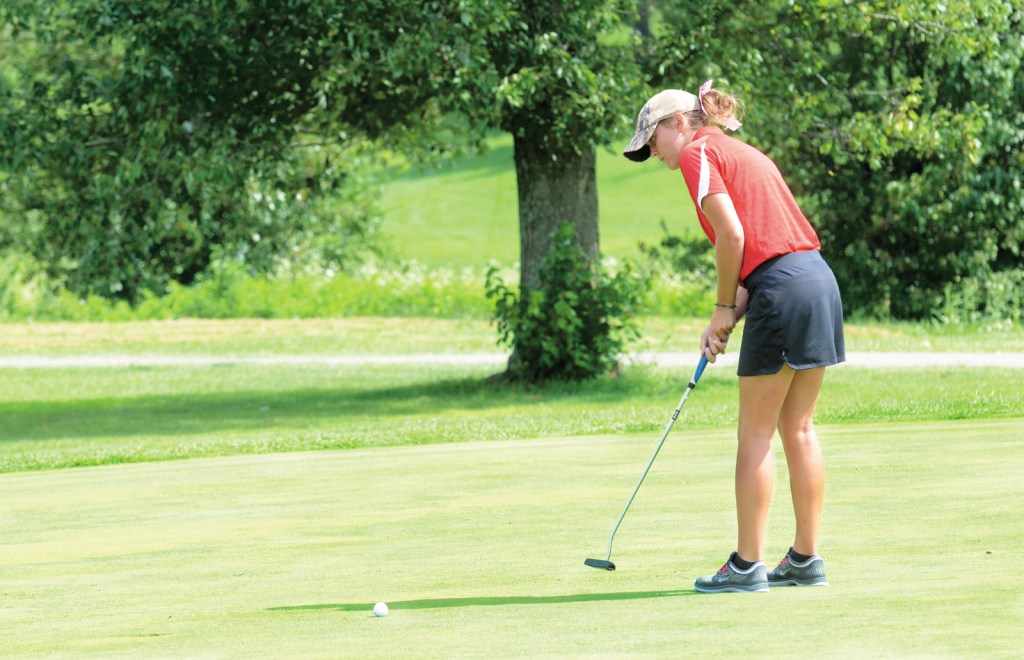 LADY PAT senior Kaycie Bandura placed 11th out of 71 golfers in Saturday's Mercer County Lady Titan Invitational at the Danville Country Club. She led Lincoln in the tourney with an 18-hole score of 88.

Lincoln County could not pick up a win – team or individual – in the Mercer County Lady Titan Invitational Tournament, but the Lady Patriot golfers did finish sixth out of 12 teams, with Kaycie Bandura in the lead pack Saturday at the Danville Country Club.
The Lady Patriots carded a four-man score of 393 to place them sixth in the 18-hole tournament. Bandura, a senior, had Lincoln’s low round of the day with an 88 to finish 11th out of 71 golfers.
Samantha Stewart of Boyle County and Hallie Boles of Barbourville tied for medallist honors with the tourney’s low round of 79.
Lincoln had five players on course in the tournament, with Mariah Bourne, Taylor-Grace Mingo, Grace Muse and Maggie Peck all taking on the Danville course with Bandura.
Bourne had Lincoln’s other sub-100 score in the tourney, finishing with a 95 and Mingo and Muse both turned in rounds of 105 to put the Lady Pats at 393. Peck finished with a 112.
Jackson County, last year’s runner-up in Lincoln’s region, won the Mercer Invitational team title with a 344.
Lincoln’s five golfers who played Saturday – Bandura, Bourne, Peck, Muse and Mingo – will represent the Lady Patriots in Monday’s Region 9 Tournament at General Burnside Island State Park.