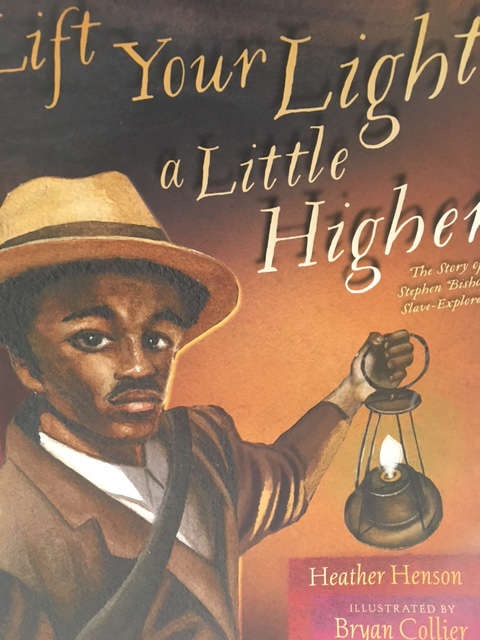 Heather Henson couldn’t get Steven Bishop out of her head. Inspired by local playwright Liz Orndorff’s piece, “Death by Darkness” produced at Pioneer Playhouse back in 2008, Henson decided to research the slave guide’s life.
All of her hard work is finally born into “Lift Your Light a Little Higher, The Story of Stephen Bishop: Slave-Explorer,” her new children’s book, which arrived at her house festively wrapped and ribboned. Mostly pictures with short passages on each page, the book will more than likely appeal to more than children.

The story
Mammoth Cave has a very unique history, Henson says. It was privately owned before becoming a national park in ’46. Before abolition, the slaves were sold along with the park when it changed ownership.
“My parents took us everywhere when we were growing up, and I’m sure we went there but I just had no memory of it,” Henson says. She visited the caves with her kids and became even more fascinated. She was taken in by the massive underground “grand, gloomy and peculiar place,” as Bishop is noted as describing it. But she still constantly thought about his story.
“And I noticed there wasn’t much published about him, really not that many books as you’d expect. I mean, I didn’t know about him,” she says.
When Bishop was brought to the park, after being purchased from Louisville, he was only a teen. He was educated about the cave, for the purpose of being a guide, but still wasn’t taught to read or write – which was illegal for slaves in that time.
“But he learned to read and write through the visitors he took on tours,” Henson said, referring to the candle writing tour groups left on the walls. Bishop also began touring on his own, outside of the tour parameters, finding hidden areas within the cave system that hadn’t been discovered yet. The owners eventually asked him to map the cave system out.
And Bishop began practicing writing on the walls himself, a literal trailblazer in his time.
“In the beginning, my thoughts were this book would be all about the cave,” Henson says. Then after a few years of research, she decided to write from Stephen’s point of view.
But as Henson does with so many projects, she went with her first thoughts, then put the whole idea away for a while, bringing it out now and then to think about it, letting her thoughts and creativity marinate, more or less.
“But then someone started talking to me the more I tried to work on it, as often happens with my books,” Henson says. That person, she says, was Stephen.
“Characters are the most important to me. I know the story, it’s figuring out how to tell it. I probably worked on this for six years, total.”
Henson says the story is poignant because Bishop was definitely a slave — bought and sold as property as needed, ordered to fulfill a role to bring in money.
“But in the caves, he was treated like a man and not as a slave.”
The book is geared towards kids 8-12 years old, but the historical aspect paired with the art should draw all ages in.
“I love selling books, don’t get me wrong. But I’m so happy the story is being told. I felt strongly about it from the beginning. Some books I’ve written have had less joy. With this book the process time itself may have been tripled, but the joy is tripled.”
Not to mention, hopefully people around the world can learn about a little piece of Kentucky in a different light.
“I say that, but you know, it’s still about slavery to a degree. It’s not a real joyous book, it’s realistic. I had to stay true to the story.” Henson talks about how Bishop was never credited with mapping out the cave system, nor several discoveries he was known to have made – an eyeless fish he was first to find on an excursion, or the albino catfish he brought attention to.
“There’s no death certificate saying what he died of … ” Henson says.
Bishop wasn’t given his freedom until the very last year of his life. He left a wife and son who continued to work for the park after he was gone.

The illustrator
Another artist who heard Stephen Bishop speak to them is illustrator Bryan Collier.
“There’s a whisper in the ear about the whole journey. It took me on a journey,” Collier says of Henson’s book. “I just let it talk to me, and I let it happen. As you get deeper into it, you release and just go into the text, really listen to it, and you hear the voice of the author — I heard Stephen Bishop.”
Collier is the winner of the Corretta Scott King Award, the Ezra Jack Keats New Illustrator Award, is a six-time winner of King Awards and four-time Caldecott honor recipient and a U.S. nominee for the biennial, international Hans Christian Andersen Award from 2014.
When Collier decided he would take on the project, he took off to Mammoth Cave, even though he’s claustrophobic. “Once I got down in it, I just really took everything in. I go in all the way if I do something.”
Sure, diving into the caves — literally — was tough for him. But that’s all part of making art.
“It’s asking something differently of you. I got to use different muscles, different trains of thought, different approaches. I enjoy that as an artist. You want to get pushed, pushing into something greater than you. That’s the only way you’ll find greatness, to be pushed.”
Collier says what Henson has put together is incredibly intimate. “It’s quite remarkable for a picture book to do that. The caves themselves speak so much volume about history and time, and it’s all right there. I’d never heard about him, I wanted to find out what the story is about.”
He describes the story as something that speaks on different levels to all ages.
“The slave aspect of the story … he found his freedom down in the ground, when he was alone and there’s where he found his humanity.”

IF YOU GO
Heather Henson will read excerpts from and sign new copies of “Lift Your Light a Little Higher, The Story of Stephen Bishop: Slave-Explorer” 11 a.m. Saturday at Soaps and Such, 203 West Main St. in Stanford. 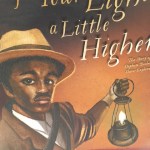 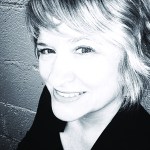 • Henson’s book will represent Kentucky Sept. 24 at the 16th Library of Congress National Book Festival,  in Washington, D.C. Sponsored by the Library of Congress, Center for the Book, the festival includes every state highlighting a children’s or young adult book written by a local author. For more on the festival, visit loc.gov/bookfest.

• Angela Correll, owner of Kentucky Soaps & Such, says they are thrilled to have Henson Saturday.  “Heather Henson is a local favorite. She is an excellent writer and one of our most popular authors. Our book section has a distinct focus on Kentucky authors so it’s always a pleasure to host one of our best selling authors so our customers can make a personal connection.”