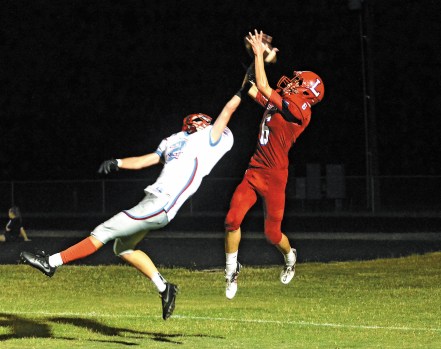 LINCOLN RECEIVER David Brock pulls in this 9-yard touchdown pass from Tanner McAninch in the fourth quarter despite the efforts of Casey defender Britt Pendleton. The touchdown pass got Lincoln within 49-42 with 7:46 to play in the game, but the Patriots came up short in their second-half comeback effort and the Rebels held on to claim their first ever win over Lincoln. Photo by Nancy Leedy 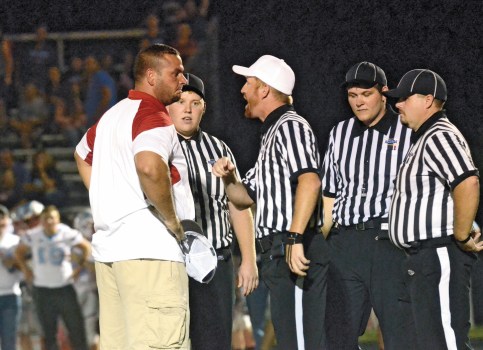