With Bensenhaver gone, transparency may be ‘under duress’ 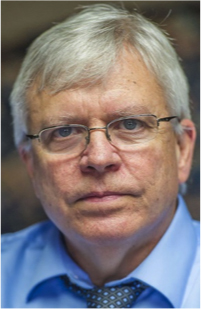 Amye Bensenhaver likes to talk. There’s no denying that. She’s talks fast, too, like she’s afraid she won’t be able to give you all the information she has before the next question comes. And Amye has a lot of information.
That is, of course, why I called her.
It turned out to be a call Amye probably wishes she hadn’t taken. Her interview with me resulted in the strongest of reprimands and, ultimately, her decision to retire Thursday from her position as an assistant state attorney general. She has said it was the “last straw.”
I’ll admit to being angry and disappointed about the way she has been treated. Her superiors’ actions were way over the top.
Apparently, the 25-year veteran already was “under duress.” The dressing down she received most recently reportedly came on the heels of other office confrontations over such things as refusing to sign a legal opinion with which she didn’t agree — you can’t order Amye to violate her ethics — and editing an incorrect footnote in another.
Amye’s expertise is judging compliance or non-compliance with the state’s Open Meetings and Open Records laws. She arguably has written more opinions than anyone on the subject, opinions that carry the force of law unless overturned by a court. She knows the statutes so well she often spouts them word for word, chapter and verse included.
So, her unobstructed departure raises these questions: Why would an attorney general in office for less than a year allow an atmosphere to exist that pushes out his most experienced and knowledgeable assistant on a subject over which his office wields the force of law? Did he create that atmosphere himself because he wants no pushback on controversial and questionable decisions that have potential political consequences? Were he or his minions unhappy that someone else might be getting too much credit for what happens under his name? (Elected officials tend to roll that way.)
I don’t know any of the answers. But I do know this. The reprimand in question had nothing to do with my skillful interrogation techniques, or any news coming out of the interview that would be remotely embarrassing to Attorney General Andy Beshear or his office. There is no there, there. The reprimand was all about Amye having spoken to me without getting permission. That was against policy — albeit a dreadful one for an office staffed by attorneys who should know what to say and to whom to say it, an office charged with enforcing government transparency laws.
And I’ve got news for the AG’s communications director, Terry Sebastian, who spewed accolades about the story in emails to me before he got the ball rolling on this crazily harsh disciplinary action. This wasn’t the first time in my decades-long journalism career that I’ve called the AG’s office and spoken with an attorney. It’s just the first time I’ve done so during this administration, and I’ve never been placed on hold while permission was requested.
The story was by my measure a positive report — bordering on a puff piece — about the 40th anniversary of the Open Records Act. It was long for a newspaper article, close to 2,000 words, and was commissioned by and distributed through the Kentucky Press Association to its members in celebration of that milestone. Our interview took place on May 25, and the story was published across the state on various dates in mid-June.
Amye Bensenhaver was first mentioned in the piece a little more than halfway through. “Buried” is the word most journalists might use for her contribution. Direct quotes from her were about the number of opinions issued from the office, the kinds of groups and individuals requesting those opinions, about her concern that inmates don’t get enough access, and about the challenges that email records present for the law. All of it amounted to fewer than 300 words, or about 15 percent of the article.
In her reprimand, she was blamed for being critical of the AG’s website, but she offered nothing close to a comment on that subject. That was all me, and I stand by the observation that the website is not as user-friendly to those interested in open meetings and open records information as it has been in previous administrations. Anyone who has used it over the years can confirm the changes.
Since her retirement, Amye has been interviewed by a number of journalists. Able now to speak freely, she has expressed a concern about the affect politics is having — and will likely continue to have — on the decisions the attorney general faces about Open Meetings and Open Records. Based on the recent Retirement Systems board debacle, the latest in a feud between Beshear and Gov. Matt Bevin, she has reason to be concerned. Her fear that enforcement of these laws will be politicized began years ago, she has stated. Her absence in the process will make that more likely.
At the beginning of this column, I mentioned that Amye likes to talk. It will escape no one who has worked directly with her that she also is a good listener, which makes her an excellent attorney. And did I mention her passion for the laws she interpreted? It is unparalleled.
Without her skills and knowledge, the AG’s office is less equipped to properly enforce the Open Meetings and Open Records laws. I hope that’s not by design.

Billy Holland: Appreciating every day and every hour