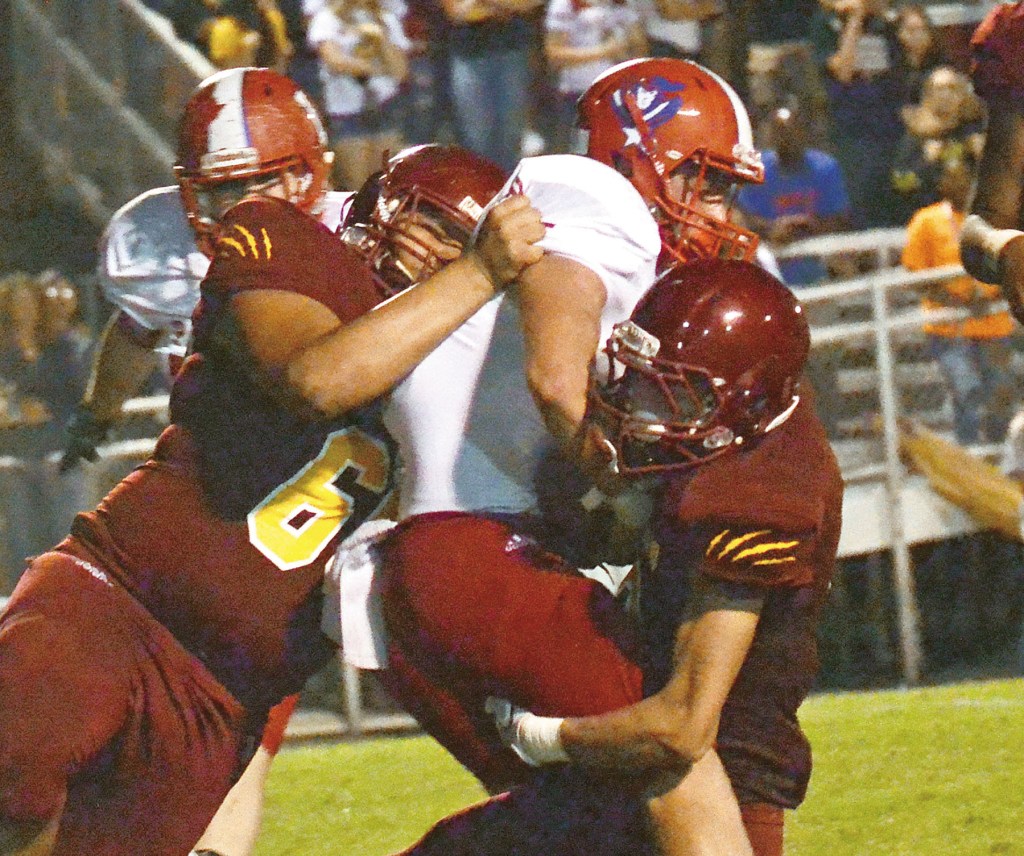 CRUNCH TIME! Tanner McAninch of Lincoln County gets crushed by Garrard County defenders in the fourth quarter of the Patriots’ 14-7 loss to the Golden Lions. McAninch rushed for 151 yards and a touchdown and was 6-for-14 passing for 59 yards.