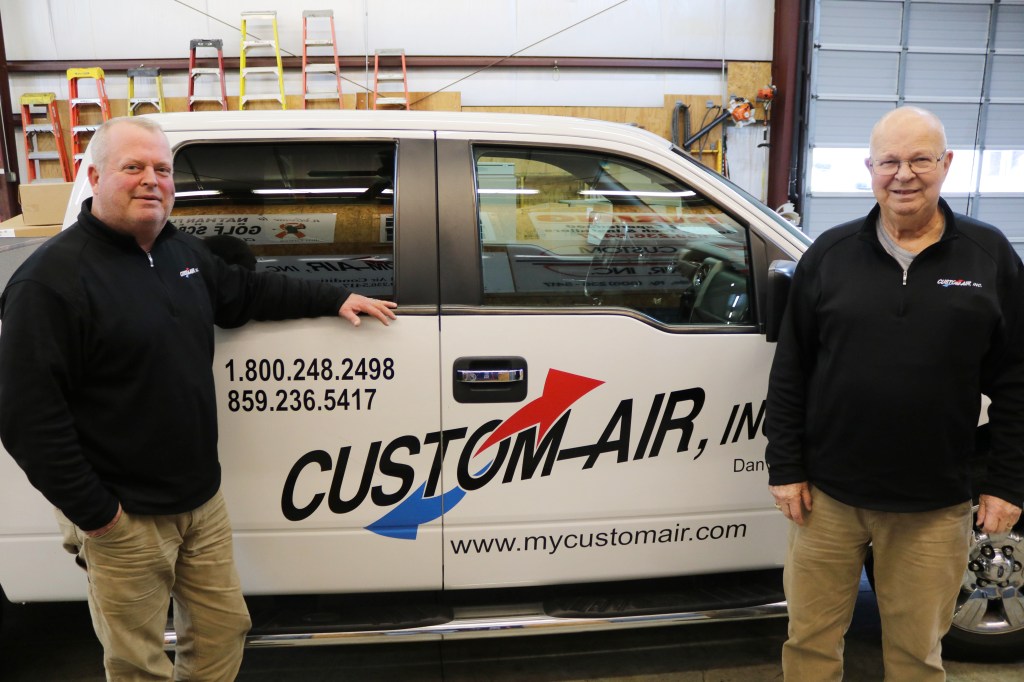 Custom Air is celebrating 50 years of business in February. To mark the occasion and thank customers, the company is offering $50 dollar calls throughout the entire month.

“We came up with the idea a few years ago,” said owner Jim Cress. “Fifty dollars for 50 years just seemed like a good idea. We are kind of hurting some of our customers since it is so late in the heating season. We decided to do it in June, too, so our air conditioning customers can get that benefit.”

Custom Air was founded in 1973 by Cress’s father, Ralph. Jim bought the company from his father in 1980. Jim’s son, Monte, started working for the company full time in 2000.

“We were doing the same stuff back then as we are doing now, heating, air conditioning, and insulation,” Jim said. “Things are a lot different. HVAC systems are more computerized now, and there are a lot more regulations and licensing requirements. To be truthful, I doubt my dad’s intention was for this company to be here for 50 years. He was retired and wanted some extra income and we never discussed any long-term vision. I took ownership because he wanted to retire again. I had no I idea we would make it this long.”

Jim Cress hopes that Custom Air is trusted name in the community for heating and air installation and repair.

“We want to honor dad and not lose what he started,” he said. “We hope what we are known for is the service we provide to our customers.”

The company’s owner said trades such as HVAC can be a viable career choice for young people today.

“It’s really a good business for young people,” said Jim Cress. “Things are so computer oriented that a young could really like it. It’s nasty work where you have to crawl and go into some nasty places but I encourage them to take an interest in it.”