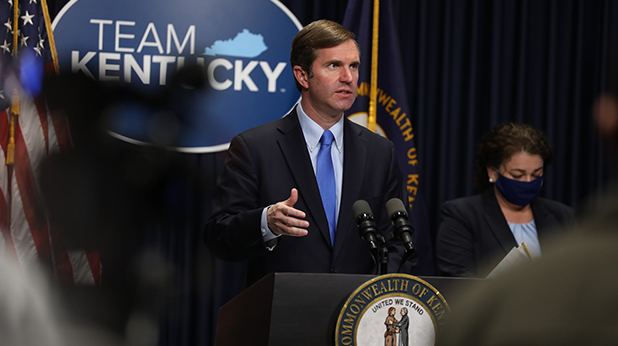 Time’s up for TikTok on the Commonwealth of Kentucky’s technology devices.

All of Kentucky’s executive branch employees are barred from using TikTok, a social media app and website for short videos, on state-issued devices. The new rule comes as bills for a similar ban move through the state legislature.

TikTok, a platform where content creators can make minutes-long videos about a variety of topics, is popular with teenagers and young adults. Lawmakers both at the state and national level have made calls to ban the platform because of security concerns associated with its parent company ​​Chinese tech giant, ByteDance.

Some Kentucky officials used TikTok. At least one government account used by the state’s tourism department has disappeared from the site. A spokesperson said the account was deactivated after the policy changed.

The state’s most recently updated employee handbook says that employees must not “use an application or otherwise access the Social Media site owned by the Chinese company ByteDance Limited or its successors commonly known as ‘Tik Tok,’ other than for a law enforcement purpose.” The measure is part of the handbook’s social media policy.

A Personnel Cabinet spokesperson has not returned a request for comment from a Kentucky Lantern reporter. Steeley Shacklette, executive director of public affairs for the cabinet, told the Lexington Herald-Leader the changes had been “under consideration for several weeks and the change was made based on recent federal legislation, as well as information from federal law enforcement. This guidance only applies to state government devices and accounts, and does not apply to personal use on personal devices.”

A few notable accounts related to Kentucky government officials have been created on the app, such as the Department of Tourism’s account, @kentuckytourism. As of Thursday afternoon, the account no longer appears on TikTok. Last week, the account had more than 49,600 followers and 319,500 likes.

Anita Hatchett, the executive director of the Office of Public Affairs for the Kentucky Tourism, Arts and Heritage Cabinet, wrote in an email that the Commonwealth Office of Technology updated the social media policy because of “recent and heightened security risks associated with certain social media platforms.”

“As a result, the Kentucky Department of Tourism’s TikTok account has been deactivated in compliance with the updated policy. The Department of Tourism has a robust following on a variety of social media channels, including Facebook, Instagram and Twitter,” Hatchett wrote. “The department will focus on building and expanding its audience through existing social media channels to promote and inspire travelers from around the world to discover the diversity and abundance of unique experiences Kentucky has to offer.”

Recently on KET, Senate President Robert Stivers, R-Manchester, said the Senate bill “might be something we could all agree upon because nobody really knows who is the service provider for TikTok” and technology experts at the state and federal level feel the social media platform could pierce information on government devices and be unsafe for use.

Senate Minority Floor Leader Sen. Gerald Neal, D-Louisville, Neal said in the panel that he would support the legislation.

“I think the fundamental problem is that, as reported, the government of China has requirements placed upon entities that function such as TikTok where they have access to information that they have to provide that access to that information,” he said.

Kentucky is not the first state to take steps to ban TikTok from its devices. In Ohio, Gov. Mike DeWine signed an executive order earlier this week to ban the app from any state-owned device. Before that, Gov. Mike Dunleavy of Alaska issued a memo also banning the use of the platform on state-issued devices. During her first days in office, Arkansas Gov. Sarah Huckabee Sanders issued an executive order prohibiting TikTok.

At the end of last month, the U.S. House of Representatives banned the platform from electronic devices it manages, an internal notice to House staff said.