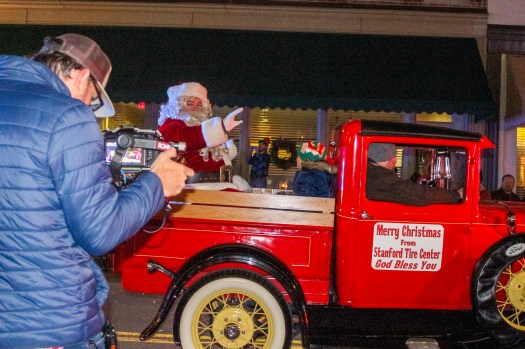 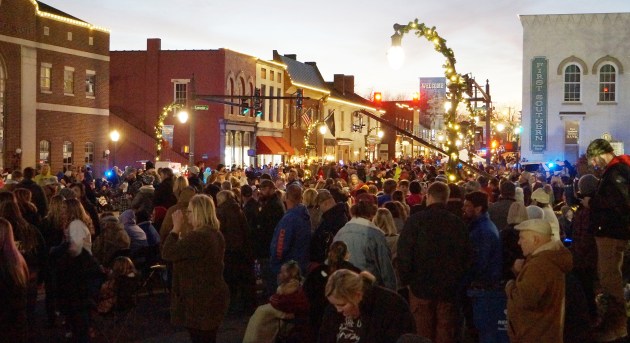 A huge crowd turned out for the Stanford Christmas Parade. Photo by Abigail Roberts 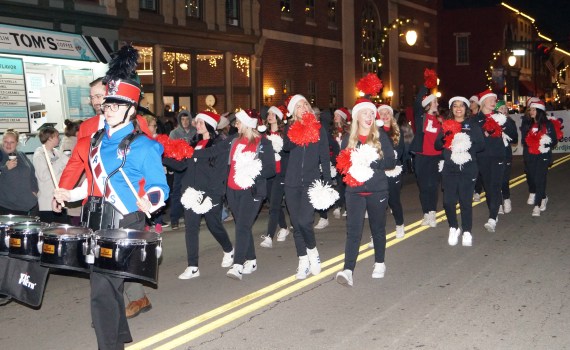 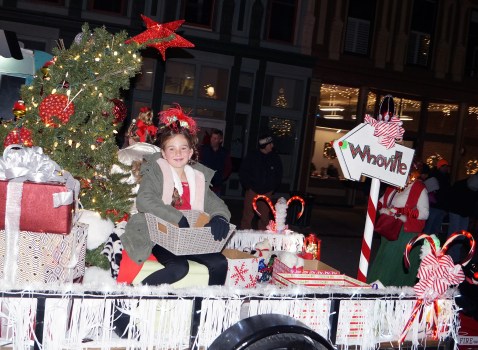 “How the Grinch Stole Christmas” was a popular theme throughout the parade. Photo by Abigail Roberts 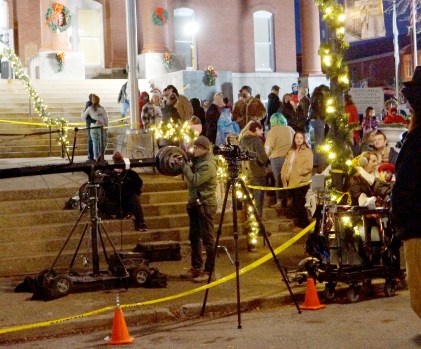 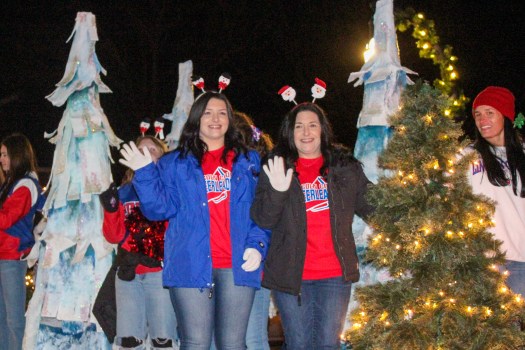 Lincoln County cheerleaders wave to the crowd on their Christmas tree float. photo by Fiona Morgan 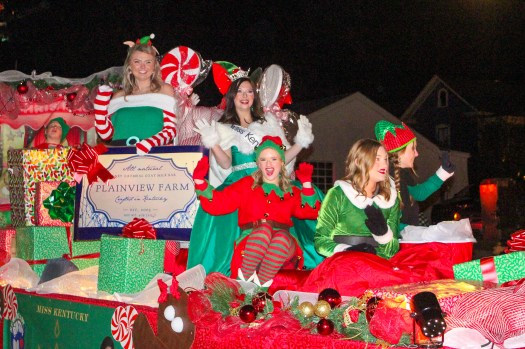 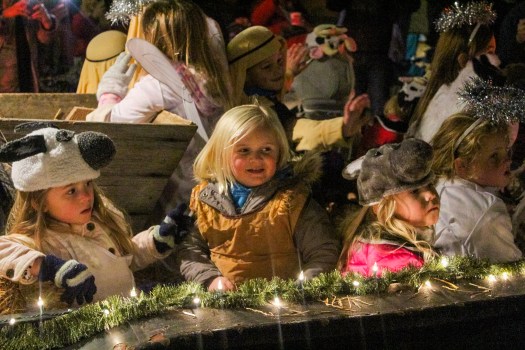 Kids dressed as farm animals, shepherds and angels to recreate the nativity scene on a float. photo by Fiona Morgan 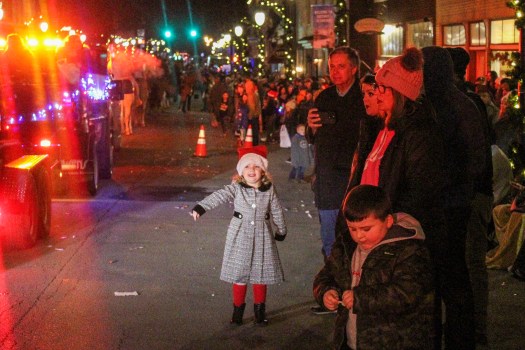 A little girl is excited at seeing a Christmas float. photo by Fiona Morgan 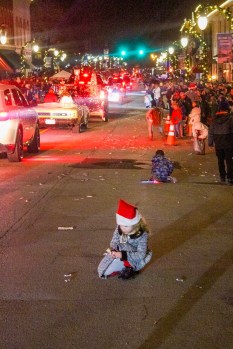 Kids pick up candy from the street. photo by Fiona Morgan 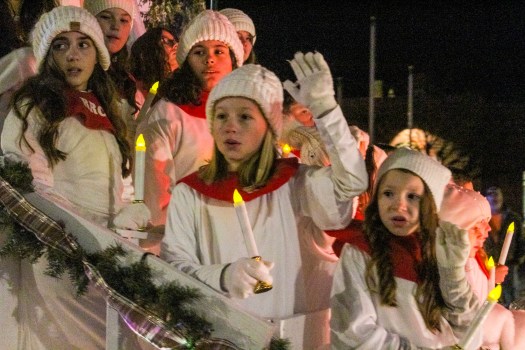 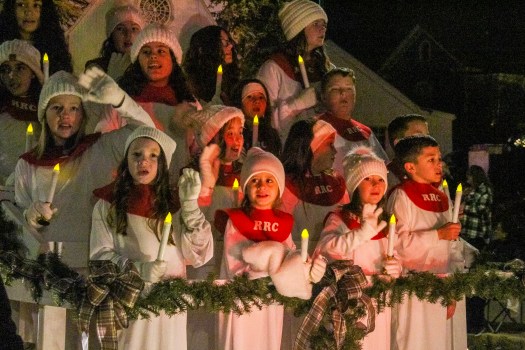 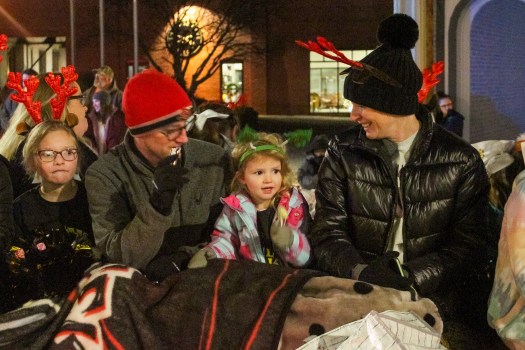 A family enjoys their time on a Lincoln gold float. photo by Fiona Morgan 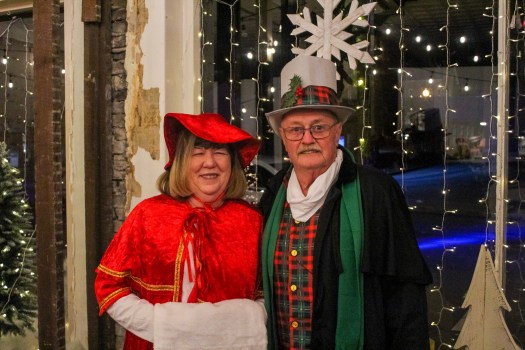 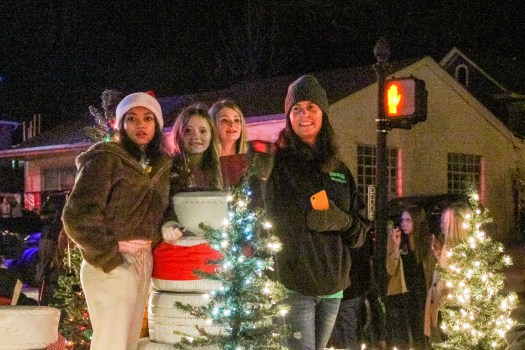 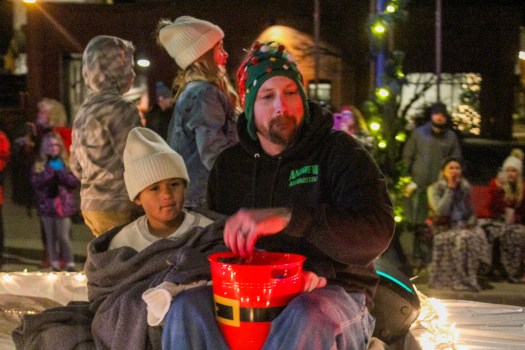 People on floats threw candy for the kids all night. photo by Fiona Morgan

The Stanford Christmas Parade’s 40th anniversary was a big success and possibly the longest in its history.

A Great American Family crew filmed the entire parade for an upcoming special focused on Stanford called “Christmas in Kentucky.”

Actress Jen Lilley is hosting the special. She led off the parade in a GAF float, followed by Mayor Dalton Miller.

Locals went all out on decorating their floats, everyone excited to be part of the special. The parade lasted over two hours, much longer than its usual 40 to 50 minutes.

Entries included everything from the local schools, businesses, car clubs, local pageant winners, local organizations, and others. Multiple floats featured “The Grinch,” and everyone was excited to see Santa conclude the parade in a classic red truck.

“I think it’s been a great thing for Stanford,” Friend said. “People put a lot of hard work, and time, and effort, and money; there’s a lot of money invested in those floats.”

About 20 chamber board members and 100 volunteers helped put on the parade. The GAF crew filmed their efforts beforehand. They filmed people and places around Stanford for a week before the parade.

After the parade, the Snow Queen pageant took place in front of the courthouse with 92 participants. Winners included different age groups of queens, countesses, dutchesses, and princesses.

People can watch the Christmas special on the GAC network, which is Channel 1137 on Spectrum. The air date is set for Thursday, December 22 at 7 p.m. ET / 6 CT. A GAC spokesperson said this could change, however.