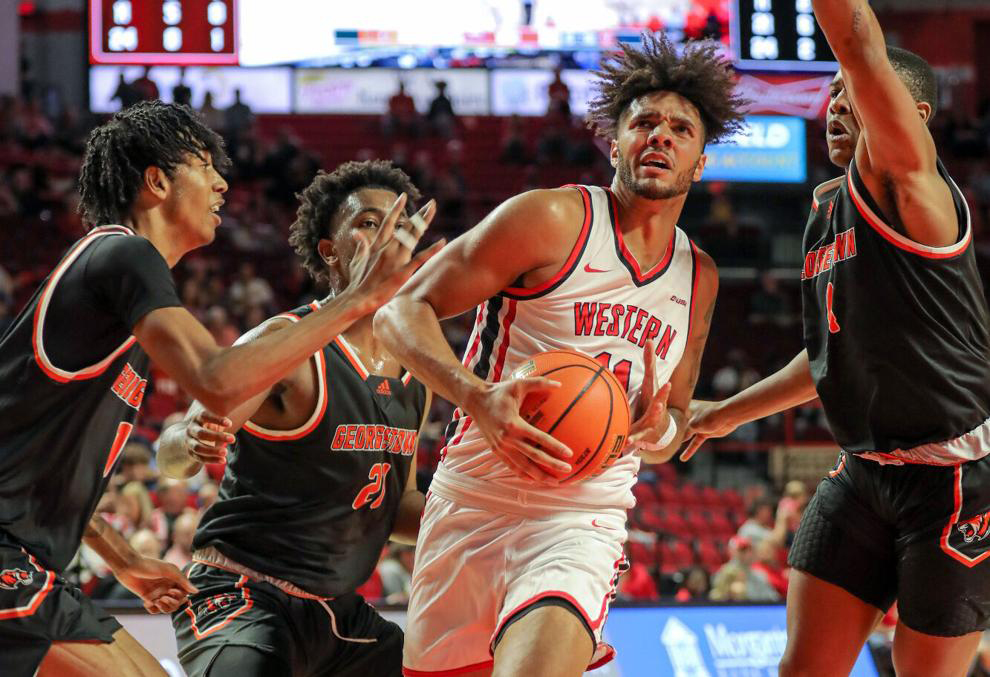 For playing in seven games and a total of 25 minutes last spring as a member of the University of Kentucky men’s basketball program, Western Kentucky University redshirt junior guard Dontaie Allen is in the midst of at most a seven-game suspension, Hilltopper coach Rick Stansbury said.

He said the school was notified of Allen’s eligibility issue as he went through the warmup line last Monday before WKU faced Akron in the Cayman Islands.

Stansbury said the news was stunning and that he then had to pull Allen from the line and tell his team Allen was “not playing and we hadn’t practiced anybody else at the 3. We were kind of discombobulated most of the game,” he said of the 72-53 loss. He said Allen’s absence was no excuse for the loss.

Stansbury discussed Allen’s situation after WKU ran its record to 6-1 with a 90-64 home win Saturday over South Carolina State.

He said Kentucky turned in a waiver to the NCAA when Allen entered the transfer portal and ended up at WKU. The paperwork, Stansbury said, was received by the school prior to the Akron game.

Stansbury said Allen will have to sit out seven games at most and the school hopes it’s less. He has sat out four games so far and if he is sidelined a full seven games he would return Dec. 22 at South Carolina.

He said UK was fined $500 for each game Allen was ineligible last spring semester. UK has only issued a statement saying the school could not comment on student eligibility issues due to student privacy laws. The school said none of the games he played in while ineligible will be forfeited.

Allen was averaging 8.0 points and 2.7 rebounds a game in the first three outings of the season at WKU and shooting 44.4% on 3-pointers and 47.1% overall.