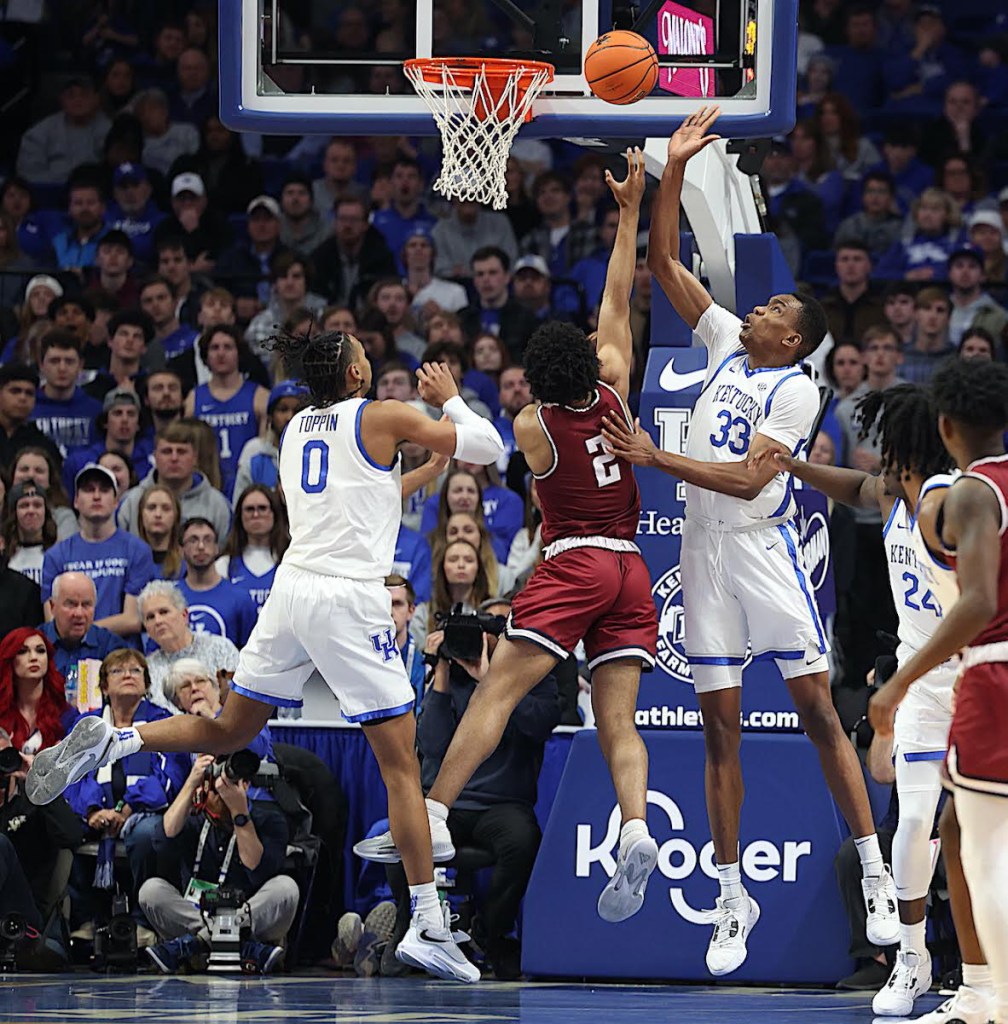 Kentucky coaches knew center Ugonna Onyenso was an intelligent player who ran the floor very well and had great timing when it came to blocking shots.

However, even the Kentucky coaches really didn’t know how quickly the 7-footer might develop.

“He really is still a puppy and is learning a lot,” said Kentucky assistant coach Orlando Antigua who spent a lot of time in the gym with Onyenso after he arrived in Lexington in August as a late addition to UK’s 2022 recruiting class. “You can’t tell how quickly a kid will be able to understand what we are doing when you are recruiting him until you start working with him.

“He is picking things up quickly and that’s impressive for a young man who could still be in high school right now. He has all the tools. It’s just understanding when and how to utilize those tools. Every level you go up the play gets faster. You have to adjust to that as well as slow down your thinking about what is happening. He’s trying to do all that.”

Onyenso knew he would be playing behind All-American Oscar Tshiebwe. He’s been learning from him along with Lance Ware, an older player with more experience without the same physical tools Onyenso has.

“(F)or me it’s hard to see (Ware’s) minutes staying up when you have a young player the quality of Onyenso,” Sporting News columnist Mike DeCourcy said. “Not every 7-footer is a shot blocker like him (Onyenso). Having a true shot blocker is rare. Certain players have that knack.”

He has 10 blocks in just 54 minutes in UK’s first six games. He had 10 points and seven rebounds against Duquesne. He’s made 10 of 15 shots from the field this season. However, he played just one minute each against Michigan State and Gonzaga, the two best teams UK has played.

Coach John Calipari made it clear Onyenso is not ready physically or mentally to play against a top level team but thinks he will get there.

ESPN’s Holly Rowe noted she felt like she “saw the future” after talking to Onyenso, who has a 7 foot, 6 inch wingspan, and then watching him play. Lexington ESPN Sports Radio host Alan Cutler, the former sports director at WLEX-TV, predicted early that Onyenso was already better than former UK player Isaiah Jackson, a NBA first-round draft pick after his freshman year who is now playing with the Indiana Pacers.

Duquesne coach Keith Dambrot said  Onyenso “is going to make a lot of money” in the NBA.

Tshiebwe, the unanimous national player of the year last season, has become Onyenso’s mentor on and off the court. Onyenso likes to sit by Tshiebwe during games if he has the chance because Tshiebwe will basically “coach” him.

“Everybody helps me with something,” Onyenso said, “and I want to learn all I can, so that helps me get better.”