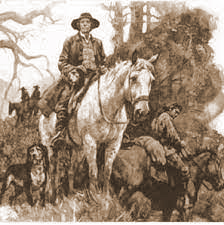 Joseph Martin was a resident and farmer in the Albemarle County, Virginia, area. It was the home place of Dr. Thomas Walker, whose explorations in 1750 documented discovery of Cumberland Gap and his travels in what would become Kentucky where his party erected the first log cabin.

Walker told Martin about the rich soil and bountiful game in Powell Valley and offered him a 21,000-acre tract of land if he would be the first to settle there. Walker was in the inner circle of Virginia government and had authority to make such commitments. He felt Martin was tough enough to take the challenge and persevere.

Martin was a large man for his period. He had fought in the French and Indian War and later went on hunts for months at a time in the wilds. He was also bent on adventure and gambling, two traits that led Dr. Walker to feel he had the right man. Martin accepted Walker’s offer and began organizing a party bound for what would later become Lee County, the westernmost county in Virginia. It would also be where the great states of Kentucky, Tennessee and Virginia intersect.

Joseph Martin, his brother Brice, William Hord and several other men arrived in Powell Valley near the present location of Rose Hill on March 26, 1769. A 21,000-acre tract of land was staked off an they commenced planting corn and other crops.

Soon after their arrival, a group of Indians came to their camp. They seemed friendly, even though they carried rifles. The men noticed their guns were quite inferior to their own. The Indians acted very interested in the guns of Martin’s men and talked among themselves about them.

Martin didn’t understand what was being said, so he told his men to be very wary of the Indians and not allow them to get their hands on their guns.

The visitors soon gave signs to Martin that they wished to swap rifles.

He rejected their offer. Something happened soon thereafter that was later an embarrassment to Martin.

He errantly laid his own gun down after telling his men to be very watchful of their rifles. A few moments later he was distracted and the larger of the Indians picked it up. The Indian put his own rifle down in its place and then stepped back amongst his tribesmen. Martin noticed the switch almost immediately and tossed the old gun at the feet of the Indian. He grabbed hold of his own rifle but the Indian wouldn’t let it go and a scuffle erupted. Martin was a very large man for his time. He threw the Indian to the ground jerking the rifle from his grasp. The other Indians were somehow amused.

Their laughter and the loss of the rifle enraged the Indian, who chastised Martin with an angry tongue before departing with the others.

Martin’s men did not understand what the Indian said, but they knew he had bad intentions and they felt he would seek revenge.

The next morning, Martin and his men began building five or six cabins about 20 feet apart. A strong stockade was built around them and it included portholes for defense. They fenced in their crops with rails and brush. After building the fort they spent their time hunting and cultivating their corn.

Martin’s Fort was one of the most important of a series of fortifications that were built along Wilderness Road. Their purpose was to offer protection for their residents and to offer as a stopover for the pioneers moving westward.

From Castle’s Woods to Cumberland Gap there would be no less than 12 such forts. Russell’s, Moore’s, Snoddy’s, Porter’s, Cowan’s, Fort Blackmore, Chrisman’s, Carter’s, Rye Cove, Mump’s, Priest’s and Martin’s.

Col. Richard Henderson and a group of 40 men stopped at Martin’s Fort for six to eight days. They hunted in the area before continuing on their journey.

Indians continuously harassed Martin and his men. They attacked the fort and the mounting damage made it harder to defend. The Indians proved to be so pesky that the settlers had to abandon the fort. They returned to Albemarle County leaving ripening corn in the fields.

Martin made plans to return thereby retaining title to the land.

Editor’s note: Jadon looks at the massacre of 1773 next week in the next issue From the Mountains. Jadon Gibson is a freelance writer from Harrogate, TN. His stories are both historic and nostalgic in nature.

Thanks to Lincoln Memorial University, Alice Lloyd College and the Museum of Appalachia for their assistance. 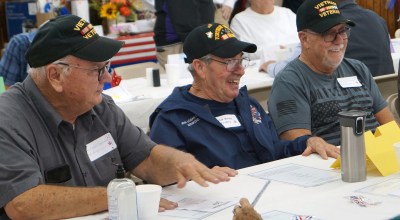 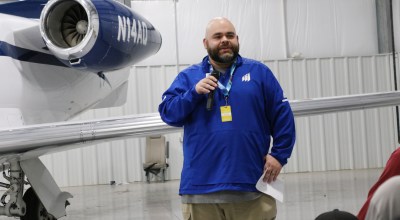 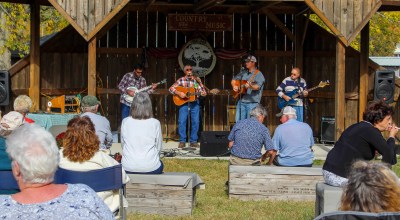