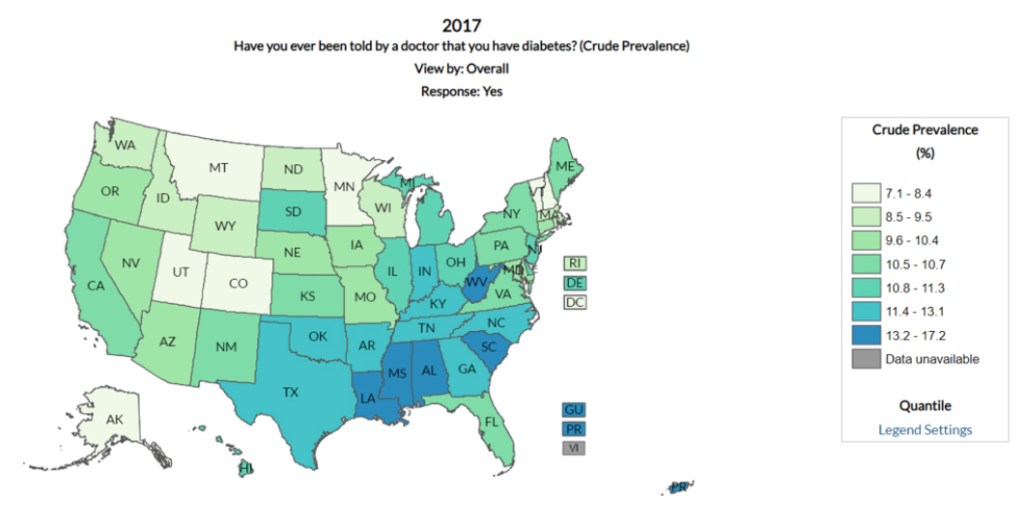 The number of people living with diabetes in Kentucky has increased 28 percent since 2011, the fifth largest increase among the states, according to an analysis of Centers for Disease Control and Prevention data.

The report by Quote Wizard is based on the CDC’s Behavioral Risk Factor Surveillance System, which askes adults if they have ever been told by a doctor that they have diabetes. In 2011, 10.8% of Kentucky respondents answered yes; in 2021, that number increased to 13.8%, an increase of 28%.

Nationwide, the report says there has been a 15% increase in the number of Americans with diabetes, with nearly 40 million people, or one in 10, having it. Another 100 million, or one in three, are estimated to be pre-diabetic.

The numbers are likely much larger. According to the American Diabetes Association, 101,000 people in Kentucky have diabetes, but don’t know it, and 1.2 million Kentuckians have prediabetes. “Every year an estimated 31,090 people in Kentucky are diagnosed with diabetes,” says the association.

Why does it matter? Diabetes is the nation’s No. 7 cause of death and the No. 1 cause of kidney failure, lower-limb amputations and adult blindness, according to the CDC.

The American Diabetes Association reports that diabetes costs among Kentuckians who have been diagnosed with the disease costs an estimated $5.2 billion a year.

Quote Wizard estimates that Kentucky diabetics’ average annual cost for insulin is $584 and their average health-care costs are $6,266. Nationwide, the average insulin cost is $572 a year.