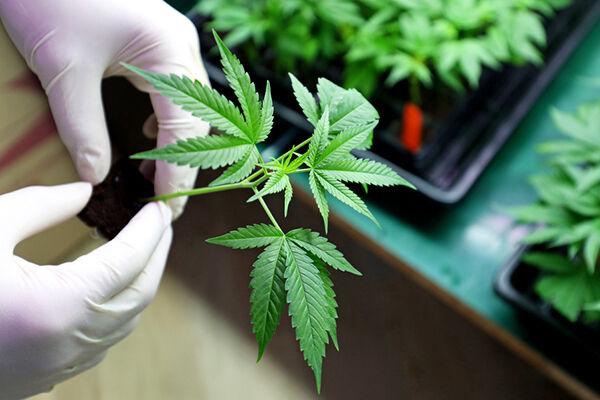 Thirty-seven states have legalized marijuana for medical purposes. Kentucky, of course, is not among them.

That has to change.

House Bill 136, that would allow doctors to prescribe cannabis as a medical treatment, passed the House on March 17 by a vote of 59-34. A thumbs-up vote by the Senate was all that stood between people in need across Kentucky and relief from debilitating pain and other chronic conditions.

Instead, the Kentucky Senate refused to bring the bill to a vote, leaving Kentuckians reliant on opioids and other addictive painkillers for relief.

According to results from a study commissioned by a panel recently convened by Gov. Andy Beshear, nine of every 10 people in Kentucky approve of the use of medical marijuana. Public opinion appears to matter not to the Senate.

The University of Kentucky has been a leader in hemp studies, dating back as far as 2014, when it was one of the first institutions to grow hemp for research purposes.

Just recently, the university announced plans to establish a new cannabis research center. The center was made possible when House Bill 604 passed the Kentucky House by a vote of 93-0 on March 17 and the Senate 29-2 on April 14.

The irony is that the state’s flagship institution, with the Senate’s support, will begin work on furthering research on the medical uses of cannabis products that, unless something changes, will benefit the afflicted in states other than Kentucky.

In other words, Kentucky sells, but doesn’t use.

The governor’s claim that 90 percent of Kentuckians support use of medical cannabis is based, he has said, on the expertise of doctors, pharmacists and others who are part of his Team Kentucky Medical Cannabis Advisory Committee assembled in June. Based on those figures, the governor has said “with that information, we will be making a final determination on action that we can take, but there will be some actions forthcoming.”

The polling is hardly scientific, so whether those figures are accurate is anyone’s guess, but there is no mistaking that a majority of Kentuckians today support use of cannabis for medical purposes. It might be interesting to know how those same people feel about legislators who rubber stamp an initiative that could benefit the state’s bottom line, but not its people.