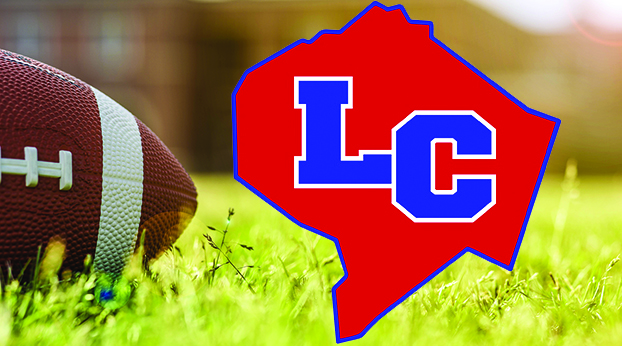 STANFORD – The Lincoln County High School football facility will be receiving a makeover now that the Board of Education has voted unanimously to begin designs on a new turf football field, as well as other renovations.

Janet Humphrey-Cole spoke on behalf of the Lincoln County Quarterback Club during the school board’s Aug. 11 meeting and asked the board to vote in favor of the funding request for a turf football field, a new press box, track renovations and an addition to the football field house.

Humphrey-Cole said she sees the renovations as a significant investment in Lincoln County students.

Before attending the meeting, Humphrey-Cole said she did some research and found six different academic studies from 2000 to present and the results showed that students who participate in activities are overall better performers in the classroom.

“I think that the main goal of any school board organization is to have better performance in a classroom,” she said. “…this is an opportunity to invest not only in our athletes, but also our academics and bring income into this community in a very profound way.”

Joe Reed, who said he has been working at Lincoln County High School football games since 1975, also asked the board to vote in favor of the funding request.

“I’ve seen our program grow and I think our kids deserve something better to play in,” Reed said. “Our surrounding counties have better facilities. If it’s time and we’re able, I’d like to see us go forward because I think, it’s not just the student athletes, but I think the public deserves something better.”

Farris Marcum and Woods Adams also spoke to the board and asked them to support the funding request.

Director of Finance Lee Ann Smith said because of House Bill 678, the district can use restricted funds toward a “priority five” project on a facility plan.

“So we’ve got a two-year window in order to use restricted funds towards what is deemed a priority five or extracurricular type project,” Smith said. “If we were to not take action during this time period and we didn’t have the caveats of HB 678 in place, we would have to use general fund money. So if we don’t take advantage of what we can do now, we would have to use general fund money to pay for this and honestly I would never be for that.”

Smith said the turf, with a 10-year lifespan, can be bonded for 20 years if it is packaged with the other renovations.

“We’ve heard from our community. We know how big of an opportunity this is for us, not just for the kids but our community as well. We’ve shown our pride and spirit in support of our students through the Final Four at Rupp Arena this year and I believe our football team and soccer teams and little league sports that will also be using these, it’s a good opportunity to give back to them as well,” said Board Member Ricky Lane. “It’s my recommendation to move forward with this…”

According to the feasibility study’s opinion of probable costs, Smith said the synthetic turf will cost an estimated $1 million. Expanding the weight room and adding restrooms would cost about $267,000. A new metal roof will cost about $114,000 and a new press box will be around $250,000.

With track renovations included, the total cost is estimated at about $2.5 million.

Board Member Gloria Sneed said the board has the opportunity to do something right.

The board voted unanimously to approve the funding request.

In other business, the board approved the hire of the architectural firm Sherman Carter Barnhart to oversee the Kings Mountain Elementary School demolition project. Board member Bruce Smith voted against the motion. Board Member Ricky Lane recused himself due to possible conflict of interest.