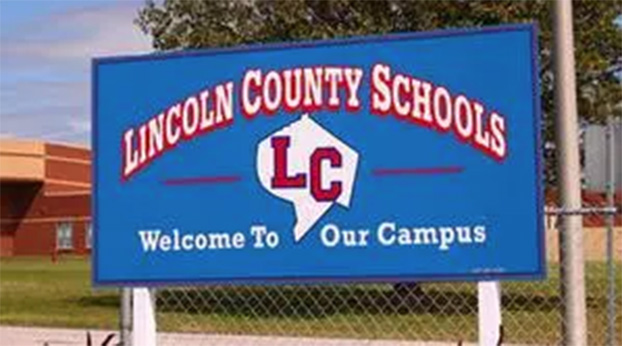 Consistently low enrollment at two elementary schools in the district spurred a conversation during the Lincoln County Board of Education’s working meeting last week about the future of those schools.

“Annually here at the Student Support Center we are continuously looking at the most efficient way to run schools,” said Superintendent Michael Rowe. “Enrollment has consistently gone down pretty low at both Highland and Waynesburg. There is enough room at the other elementary schools, if the board so chooses, to absorb these schools. Of course that would take a board decision to make that happen.”

As of April 19, Highland Elementary had 175 students enrolled and Waynesburg had 181. Those totals do not include preschool students.

Director of Finance Lee Ann Smith said she was asked to calculate the cost savings of closing an elementary school.

“You’re not going to be losing teaching positions because you’re still educating the same number of students. But if you were to combine schools, eventually you’re not going to need two principals or double custodians,” she said. “I looked at the positions that maybe would be duplicated at first but through the years through retirement or people moving into other positions that you eventually would not keep staffing.”

Smith listed salaries for a principal, a portion of a counselor, half of an instructional coach, a bookkeeper, an attendance clerk, a head cook, two custodians, one bus driver,

The estimated salary savings, including benefits, would be around $300,000 a year.

Smith also looked at the cost of nursing services as well as a School Resource Officer and removing the property from insurance.

“Now, just to look at it from a purely financial standpoint, if you are to shut down a school you are not going to save $423,000 the first year. You’re not going to be getting rid of people doing these jobs but it’s going to take a while to get people moved into different positions,” she said. “This is more of a long term, what would it look like strictly financially if a school building was to be closed.”

Board members weigh in

Board Member Ricky Lane said he did not think it was the right time to be closing any schools considering how much the COVID-19 pandemic has disrupted students’ lives.

“It’s the first year, I guess we could say, this is a normal year for students in public schools and we’re talking about rocking 170 kids’ lives all over again by saying we’re going to stick them somewhere else next year and start over,” Lane said. “The fact that we’re trying to create some normalcy is something that I believe is extremely important.”

Lane said moving students to another school right now would have a negative effect on their mental health.

“Whereas we’re trying our best to get those kids back to that mindset they were pre-COVID,” he said. “I’m not sure that that can be fixed in a year or two, it may take longer than that.”

“The I-Ready information that we get from you guys shows us the data that I need to see to say that we’ve struggled the last couple years and I just don’t believe that putting more responsibility on elementary schools is a good idea,” he said.

Through his own research, Lane said he found that there are 22 kids in the Highland Elementary district that are currently homeschooled.

“…I just believe there’s an opportunity there that maybe we can go out and talk to some of these families and see if they’d be interested in coming back because I know part of the reasons these kids went into homeschool status isn’t because the district is failing, it’s because COVID put us in a place to where that was probably the better option than doing an online-learning platform.”

Chairman Win Smith said “the luxury of having low enrollment is fast going away.”

“Ideally, we would love to be able to combine the two schools and have a building for them to roll into as opposed to this,” Smith said. “The district has a lot of financial needs with regards to facilities. Getting bonding potential to a point where we can meet those needs quickly would be greater if we were to proceed with this. I just want to make sure people understand the decisions we are making now are 10 to 15 years down the road and what kind of facilities and what things are we going to do there to be able to move forward.”

Smith said the district won’t be able to increase its bonding capacity with the state at this point without passing a nickel tax.

“We both agree on this, inflation is so high right now it’s not even feasible to afford to have the conversation about construction,” Lane said. “…I do agree that we’ve got to get to a place where we can financially afford to do that. Most people in the community know that in order to build a school you have to borrow it. Unfortunately, we don’t live in a district where we can just start building any time.”

“I agree with Mr. Lane, I think this needs to be removed from the agenda,” Smith said.

Ette Meek also agreed and said this was not the time to disrupt students.

“They’ve gone through two-and-a-half years with COVID and actually I think just in this semester we have seen normalcy back in school…,” Meek said. “This is not the time, with all these kids have gone through, to disrupt them.”

Meek said it is unfair to all of the elementary schools.

“We’ll close the school when we’re ready to build one,” she said.

Highland Principal Suzanne Montgomery, and member of the facilities committee, said the school has a great team.

Montgomery said the timing of the discussion shocked some at the school and in the community.

“At the facilities plan committee, I think all along that we felt like the plan was to make Highland and Waynesburg transitional centers so that there could be a merge in a new school built on the Kings Mountain side in years to come,” she said. “I think it was the timing that was some of a shock to our community and to our school and I think that the building of a new school would be a much better idea for something to put in the future.”

Board Member Gloria Sneed said one of the first things she did when she became a board member was visit all of the schools.

“Highland was the first place that I visited and I said that it was warm and fuzzy, give me a blanket and a cold Pepsi and a good book and put me in a corner and I can stay there and read all day,” Sneed said. “But as I transitioned to the other schools and visited the other schools it was the same thing.”

Sneed said all of the elementary schools felt that way, including the schools that had recently absorbed students from McKinney Elementary following its closure.

“My training is the only thing I’ve got to make decisions on and I have to make a decision on my training,” she said. “…everywhere I went said you’ve got to get rid of your small schools. I had a session about how to attract and retain teachers and the first minute-and-a-half the presenter said three times in three different ways, ‘you are not going to attract new, out of school ready to change the world teachers if you don’t have state-of-the-art facilities. I don’t know how to get there unless we start cutting corners as hard as we can go and getting rid of everything we’re not using…we’ve got some other properties we’re not using.”

Sneed said while Waynesburg is her district, she represents all of Lincoln County.

“I’m a Lincoln County representative and I’m supposed to think about every student in Lincoln County and I’m not going to jump up and down screaming and hollering if we have to close Waynesburg because I’ve got to look at all of them,” Sneed said. “I think that may be what the problem with Mr. Godbey’s (LCHS Principal) facility is, is that he’s never had a board member jumping up and down screaming and hollering.”

Sneed said students spend more time during their education at the middle school and high school.

“…Those facilities are needing some serious loving,” she said. “I don’t know how to get there. I’m seriously open to suggestions…we can’t maintain all of the facilities that we’ve got.”

Win Smith said the district has to start coming up with ways to fix the facility issues it faces.

“There’s different ways to get there and this was a beginning to start that conversation,” he said.

Meek said she has a history with Highland Elementary and will vote to keep it open.

“I taught at Highland. My husband was principal at Highland. My kids went to school at Highland. It is dear to my heart and I will absolutely vote to keep Highland open because we’ve got to think about kids and we don’t look at the bottom line, how much money we’re going to save,” Meek said.

Meek said she thinks a nickel tax will pass if the plan is to build a new school.