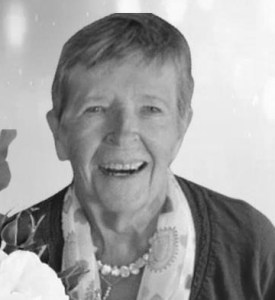 Pauline Ross (Tucker) McCormack, 83, was born January 12, 1939 in Henning, Minnesota, and transitioned, joining her Lord and Savior on March 9, 2022 in Naples, FL. She was preceded in death by her parents, William and Ethel Ross and was the oldest of four children. Her siblings are Adele Marano, James (Judy) Ross and Renee (Michael) Stith. Her family moved from Minnesota to Stanford, Kentucky when she was 14. There she met and dated Miller ‘Mac’ McCormack who would become her husband later in her life. Pauline married Ross Tucker, and they became the parents of David and Debra who were her pride and joy. The family moved to Naples, Florida in 1977, and Pauline and Ross divorced shortly after that. Pauline graduated from the University of Louisville in 1977 just before
moving to Florida and went on to become a CPA. She and Mac rekindled their friendship and married in 1989, blending their children and grandchildren into a cohesive family. She was preceded in death by her son David Tucker, her husband Miller ‘Mac’ McCormack and her step-sons Bruce and Mark (Muriel) McCormack. She leaves behind Debra (Bob) Corrente, Wayne (Peggy) McCormack, Kevin (Nicole) McCormack and James (Susan)
McCormack. Her grandchildren are Britany, Tony Kailee, Alexis, Mallorie, Zachary, Nathan, Brandy, Will, Casey, Shelby, Tanner and Samuel. Her great grandchildren are Kionna, Avery, Katelyn, Mason and Robert. Pauline will be remembered as a loving mother, sister, grandmother, great grandmother and friend. Her favorite title was that of ‘Grandma’s Taxi’. She was a devoted Christian and spent many of her days teaching others to follow Christ
and volunteering at North Naples Church and in the community at the St. Matthews House. Pauline’s Celebration of Life service will take place on May 7th at 11:00am at North Naples Church, 6000 Goodlette Frank Rd., Naples, Florida 34109.