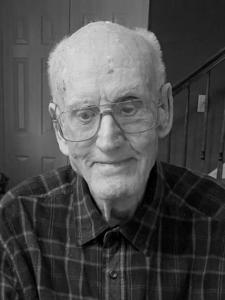 Lucian Lawson, 98, of Stanford, KY passed away on Thursday, January 6, 2022, at his home. Born on January 23, 1923, in Stanford to the late Williams and Isa Lee Cook Lawson. He was the widower to the late Mary Elizabeth Taylor Lawson. Lucian loved to get in his car and drive, he annually took a trip to Main for over 20 years. Family was also very important to him, he loved his family dearly, especially his grandchildren. He was a member of New Beginnings Methodist Church in Stanford.
Survivors include one daughter, Nancy Combs (Wayne) of Danville, KY; three grandchildren, Christopher Wayne Combs (Christina) of Boston, MA, Alexandria Combs Bredar (Garrett) of Durham, NC and Lucinda Elizabeth Combs of Frankfort, KY; one great-granddaughter, Sydney Combs; and several nieces and nephews.
He was preceded in death by his wife, Mary Lawson; parents, William and Isa Lawson; and eight siblings, Ebbie Lawson, Tot Lawson, Mae Owens, Marieta Smith, Jessie Goggins, Jim Lawson, Earl Lawson, and Homer Lawson.
A private family service will be held on Saturday, January 8, 2022, at Spurlin Funeral Home in Stanford, KY with Bro. Johnny Thompson officiating. A public visitation will also be on Saturday from 6:00 to 8:00 p.m. Burial will be at Buffalo Springs Cemetery at a later date.