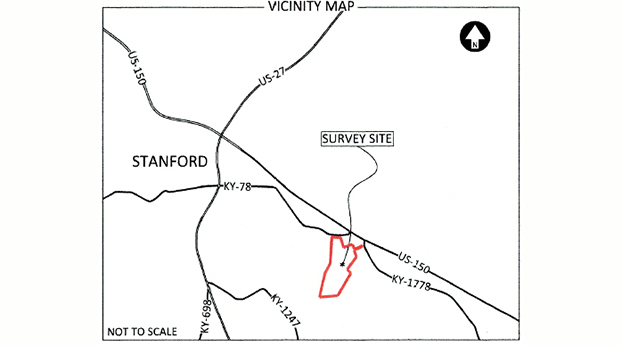 A vicinity map shows a zoomed out picture of the proposed area for annexation. - Photo courtesy of the City of Stanford 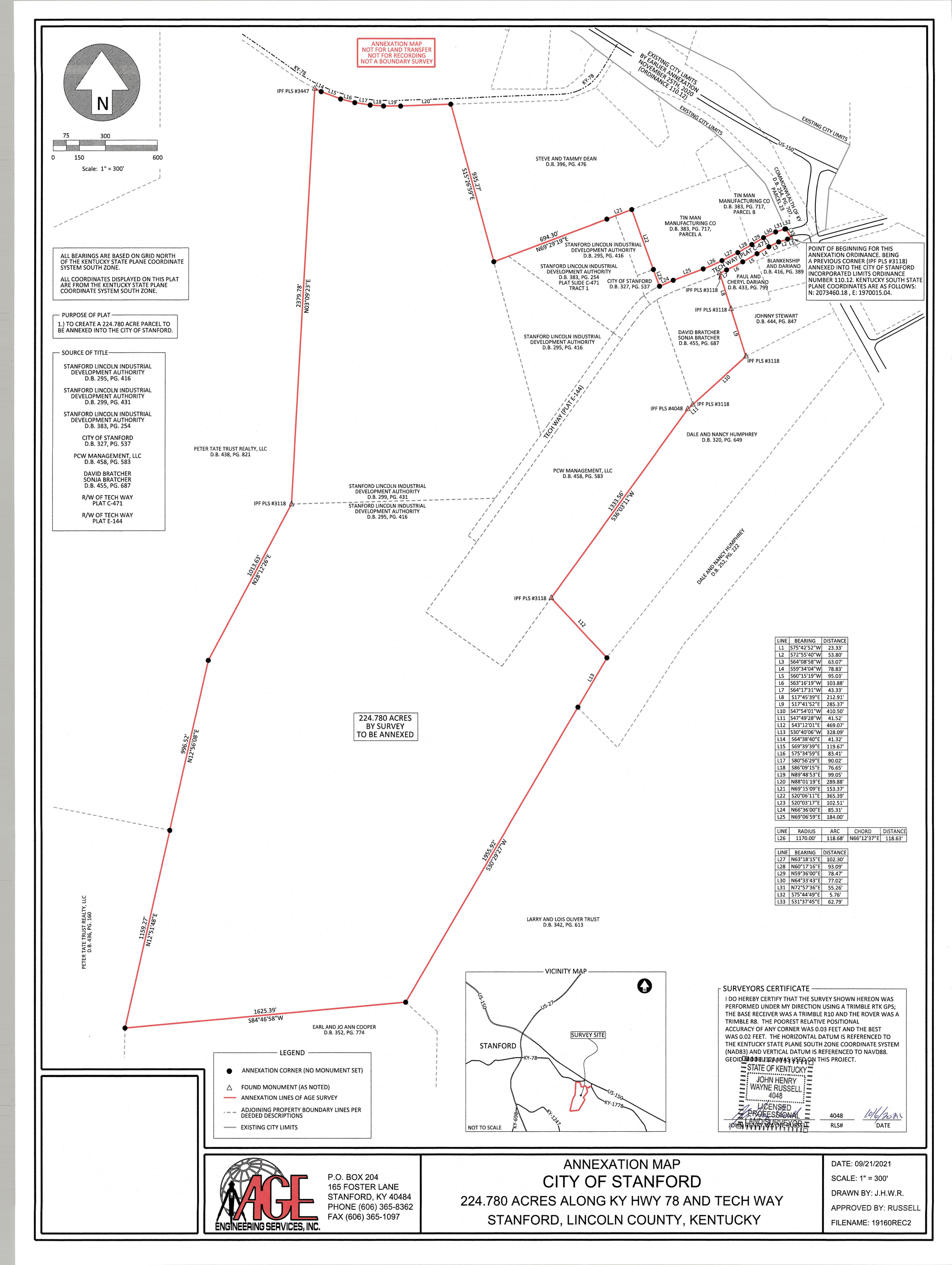 STANFORD – The City of Stanford has approved the first reading of an ordinance annexing a 224.780-acre tract known as the “Rowland Industrial Park.”

According to the ordinance, the property is “urban in character and/or suitable for development for urban purposes.”

City Attorney John Hackley read a summary of the annexation ordinance during the City Council meeting.

“This letter is to confirm that we own the property located at 117 Tech way, Stanford, KY 40484 and want the property annex(ed) into the city limits of Stanford,” the letter states.

The letter is followed by a tax incentive agreement between the City of Stanford and Pitman Creek Wholesale, LLC, which has acquired about 25.375 acres in the Rowland Industrial Park and plans to locate and construct a 200,000 square foot warehouse and distribution center.

According to the agreement, the project will involve a total capital investment of approximately $13,500,000 and create around 218 new full-time jobs in Lincoln County.

“In consideration of the provision of municipal services, the Companies hereby consent to annexation of the property site into the City of Stanford, Kentucky pursuant to KRS 81A.412,” the agreement states.

81A.412 is a state statute that allows a city to annex any area if each of the owners of record of the land to be annexed gives prior consent in writing to the annexation.

“When a city has obtained prior written consent of each owner of record of the land to be annexed, the city may enact a single ordinance finally annexing the land described in the ordinance,” the statute states.