Cats rely on Rodriguez, running game to wear down Missouri 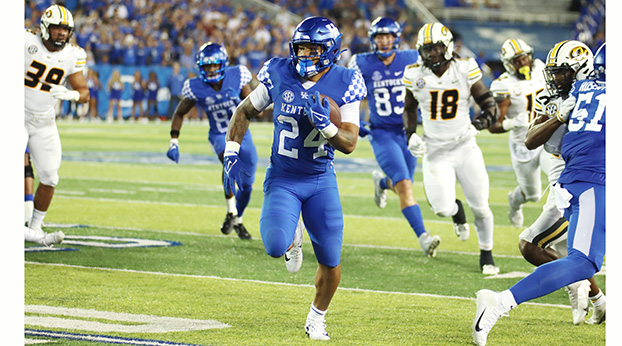 Kentucky has won a lot of games running the football the last few years and relied on past those experiences in a 35-28 win over Missouri Saturday night in the Southeastern Conference opener for both teams.

A week after the Wildcats threw for 419 yards, including 367 yards and four touchdowns by quarterback Will Levis in his debut, Kentucky used a running attack anchored by Chris Rodriguez to wear down the Tigers.

Rodriguez rushed for a career-high 206 yards and three touchdowns as Kentucky racked up 341 yards rushing. He was more pumped about his first touchdown catch, a 5-yard snag from Levis on the opening drive.

“I’m actually excited about that … it was my first time,” he said. “I (saw) it happening (within the play). When it came to me, I was ready.”

After reviewing Missouri’s gritty 34-24 win over Central Michigan last week, Kentucky offensive coordinator Liam Coen had no choice but to shelve the passing game in favor of a conservative rushing attack. Coen revealed his plans when Wan’Dale Robinson rushed for 64 yards on the second play of the game, setting up a touchdown on the opening drive.

“That was the kind of game that we needed it to be,” Coen said. “We felt like we had a great plan and Chris was a big part of that plan. … I wanted to see us take a jump in the run game from Week 1 to Week 2, and we did that.

We really executed in the run game. … We went into it wanting to establish the run.”

Even Levis got in on the act and rushed for 25 yards on 11 carries and had a couple of crucial third-down conversions in the first half. Coen didn’t mind seeing his quarterback tuck the ball and run and likes Levis’ competitiveness in the pocket.

“You want to be the guy that everybody looks to and brings energy and juice, which he does at every single practice and at every single game so far,” Coen said. “It was the type of game that he was (called on to throw) a bunch, but it played out that way.”

Levis didn’t mind taking a backseat to Rodriguez and the rest of Kentucky’s backfield in his SEC debut. He was simply “glad to be a part” of the Wildcats’ running scheme and said the rush remains a part of the team’s identity.

Although the Cats piled up a big chunk of rushing yards and controlled the line of scrimmage, the contest was closer than Kentucky coach Mark Stoops wanted, especially after his squad raced out to a 21-7 lead early in the second quarter. A fumble by Rodriguez at the goal-line near the end of the first half kept the Cats from taking a three-touchdown lead. Missouri then drove 80 yards for a touchdown that narrowed the margin to 21-14 at the break.

“We have to finish off people much better,” he said. “… We did so many things. It’s a shame it had to be that close, late, because we had opportunities to pull away.”

Missouri kept pressing, but the Wildcats held on down the stretch despite a blocked 37-yard field goal attempt with 2:07 remaining. Kentucky’s defense stopped Missouri in the ensuing series with J.J. Weaver getting a key sack.

Despite being undefeated in two attempts, Rodriguez knows more work lies ahead not only for the Wildcats, but himself. “I’ve got work to do,” he said. “I can’t wait to put that work in.” 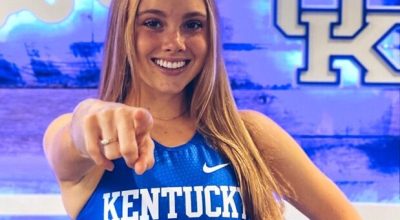