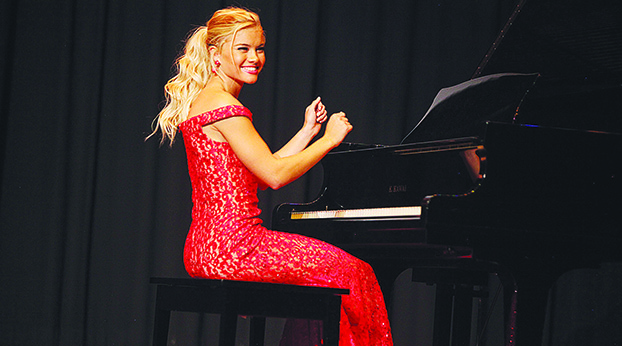 Singleton to compete in state DYW this weekend; View the program live from this link 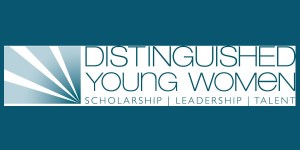 Things have been anything but normal over the past year, but Lucy Singleton is taking it all in stride.

Singleton won the title of Lincoln County’s 2021 Distinguished Young Woman in September, and now she’s preparing to represent her hometown in the state competition this weekend.

“It’s been a lot different than normal, we did lots of Zoom meetings in order to prepare for the program. We had lots of interview workshops, be your best self workshops, and get to know you meetings,” Singleton said. “They did a very good job with the program given the circumstances and gave us as close to a state DYW experience as they could, and I’m grateful we could have what we did have. The hardest challenge for me was the fitness routine, I had to learn it over a compilation of YouTube videos and hope I was doing it right. They did have a zoom meeting for fitness, but virtually made it so much more difficult.”

Normally, she and the other contestants would be staying with host families in the Lexington area while working on their routines. Instead, she’s working on those things at home, and with the help of friend rather than her fellow competitors. 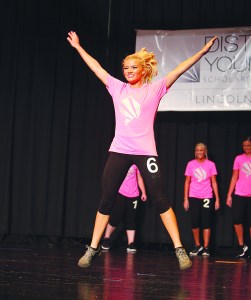 “I’ve had to have a lot more one-on-one help. During the locals, we were able to have it in person thankfully, so we learned in more of a group setting, and since it was in person I could ask questions and have immediate feedback about whatever I was asking or practicing on,” Singleton said. “Since the state program was virtual, a lot of the committee members helped me adjust to interviewing over Zoom. Angela Todd and my mom helped me so much on fitness, I definitely wouldn’t have been able to do that as well as I did had it not been for them. Stewart Underwood and the high school let me use the auditorium to practice on a stage setting, so with it being virtual I had to find ways to practice and the committee and everyone helped me so much.”

She added that Lincoln County’s 2020 DYW winner, Saragrace Ramlochin, has also helped her a great deal in preparing for state, including helping her know what to expect.

“The best advice she gave me was to just be myself, try and talk and make connections with everyone I could, and to just have fun,” Singleton said. 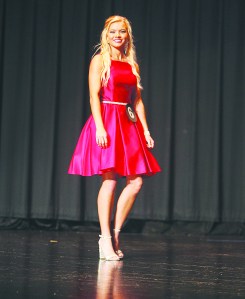 Contestants would normally perform on stage in front of judges who would rate them on their live performance. Because of COVID-19, Singleton said everything has been recorded, and the judges will watch the recordings and judge the performances.

“Back in December we had a filming day. All the participants went up to the Singletary Center in Lexington to film talent, fitness, and self-expression,” she explained. “Then in January we had the interview via Zoom. The program will be shown virtually, they will be putting each category we filmed together to form as much of a normal program as they can.”

Singleton said during the local program she was nervous on stage in front of so many people. With the virtual format for state, she said that nervousness was not nearly as bad.

“I definitely was a lot less nervous, but I think that was more because I felt more prepared and knew what to expect a little more. Not having a crowd cheer me on made it a little weird, especially since I had to look at a camera instead of a crowd, but not having hundreds of people watching me helped calm my nerves a little for sure,” she said.

For state competition, she decided to go with what got her there when it came to deciding what she would do for her talent. She said she played a medley of “Rondo Alla Turca” by Mozart and “The Approaching Night” by Phillip Wesley.

“I figured with state being so different I should keep what I can the same to not add an extra stressor, and it turned out I could keep it all the same,” she said.

Although she didn’t get to stay with a host family, Singleton said she did get support from the people who would have served as her host family.

“The support I have gotten for the state program has been astronomical. One of the girls in the family participated in the state program a couple years ago, so we had Zoom calls where they gave me advice on my piano talent piece and interviews,” Singleton said. “My host mom would always text me making sure I was feeling confident and asked if I needed anything, and she actually met up with me after the filming day in Lexington to give me gifts and support after. The committee here locally helped me so much, they held mock interviews for me, found me a place in downtown First Southern Bank to interview, and state week they gave me gifts for each day of the week. I was blown away by the support and they all definitely made this experience a lot more fun and less stressed.”

She added that she would like to thank the local committee for everything they have done for her in preparation for state competition.

“ I definitely couldn’t have made it far without their help. Although the experience was a lot different, I feel as if I and the other girls made the most of it as well as the state committee,” she said. “It’s an amazing program that has made a positive, lasting impact on me despite certain circumstances, and I encourage any young woman who is given this opportunity to utilize and appreciate it for all the benefits and experience that a program such as this can offer them in becoming a better person.”

The state competition begins Thursday, Jan. 21, and runs through Jan. 23. Each evening’s events begin at 7 p.m.